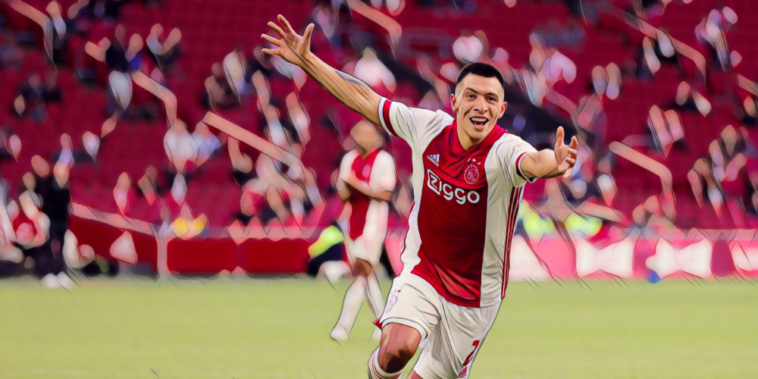 Manchester United are set to ‘push on’ with the club’s pursuit of Ajax defender Lisandro Martinez after making progress in deals for Frenkie de Jong and Tyrell Malacia.

United are closing in on agreement with Barcelona to sign De Jong, with the two clubs understood to be finalising the details of a deal worth around €65m (£56m).

Erik ten Hag had made De Jong his primary transfer target for the summer window with the Dutchman keen to reunite with the former Ajax midfielder in the Premier League.

United are also on the verge of announcing Tyrell Malacia as the club’s first summer signing. The Red Devils have hijacked Lyon’s deal for the Feyenoord defender and have had a late offer worth an initial £13m accepted for the left-back.

The 22-year-old impressed as Feyenoord reached the final of the UEFA Europa Conference League last season and has earned five senior caps for the Netherlands.

The Times are reporting that United’s focus will now turn towards a deal to sign Martinez. Ten Hag is keen to bring the defender – who was named as Ajax’s Player of the Season in 2021/22 – to Old Trafford.

United have asked Ajax to keep them updated with Martinez’s situation as Arsenal compete for his signature. The Gunners have submitted a second offer for the Argentina international worth £34m, though this remains short of Ajax’s £43m valuation.

The 24-year-old has operated as a left-side centre-back for the Dutch champions, but is also comfortable at full-back and in a defensive midfield role.