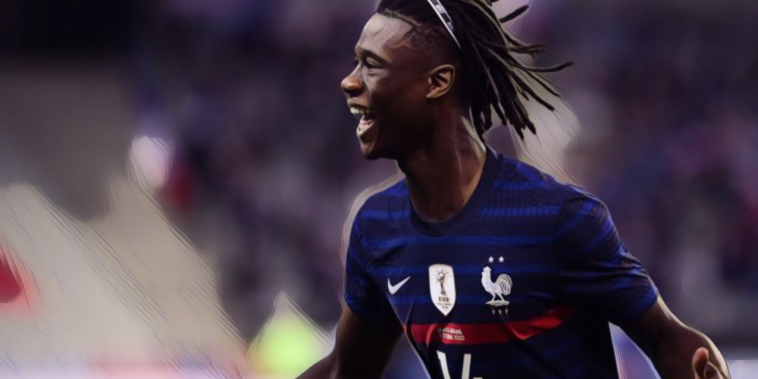 Manchester United will meet with the representatives of Eduardo Camavinga this week to discuss a potential move for the Rennes midfielder.

Camavinga is amongst the most sought-after young talents in world football following a brilliant breakthrough at Rennes over the past three seasons, become the club’s youngest ever debutant when making his first senior appearance as a 16-year-old in December 2018.

The midfielder has since attracted the attention of Europe’s leading clubs, whilst he became the youngest player to make their senior debut for France in over a century during a Nations League clash with Croatia in September.

Camavinga has just a year remaining on his current contract at Rennes and has shown no indication he is prepared to sign a new deal, with Paris Saint-Germain strongly linked with his signature.

Reports over the weekend have said that Manchester United have emerged as suitors and according to French outlet, RMC, the Red Devils will hold talks with the player’s representatives this week over a potential move to Old Trafford.

Ole Gunnar Solskjaer is keen to reinforce his midfield this summer and Camavinga’s multi-functional talents would add a new option to the side’s engine room, with the 18-year-old comfortable operating as a deep-lying number six, a box-to-box midfielder or further forward in an advanced role.

United’s priority remains completing the signing of Jadon Sancho from Borussia Dortmund with a deal for the England international moving closer in recent weeks, and much may depend on Rennes’ asking price with reports having suggested the Ligue 1 club are seeking a fee of €100m – despite Camavinga’s contract situation.

PSG remain favourites and Camavinga is understood to favour a move to the Parc des Princes, though the Parisians are ready to take a patient approach in a bid to lower the midfielder’s asking price.