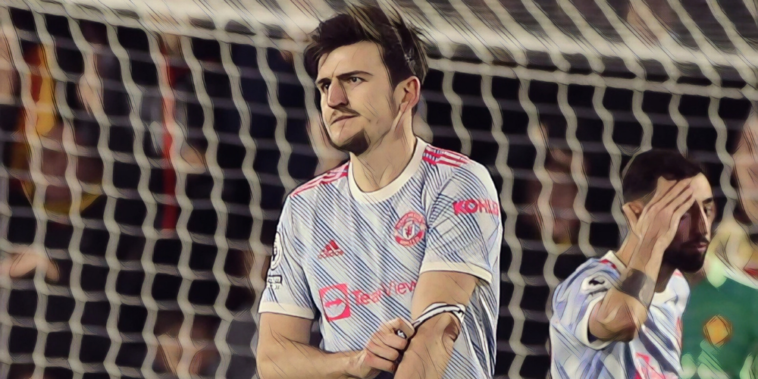 Manchester United have reportedly rejected a shock request from Barcelona to include Harry Maguire as part of a deal to sign Frenkie de Jong.

United are continuing negotiations over a deal for De Jong with Erik ten Hag having made the midfielder his number one target for the summer window.

Ten Hag worked alongside De Jong at Ajax and is keen to reunite with the 25-year-old in the Premier League, with Barcelona having deemed Netherlands international a disposable member of their squad.

Barcelona’s need to raise funds for their summer transfer business has increased the possibility of De Jong leaving for the Premier League, whilst the club’s ongoing financial situation makes the Sun’s latest reports seem more than a little far-fetched.

The outlet are reporting that Barcelona have enquired about Maguire being included in part-exchange, with the centre-back having endured a testing campaign at Old Trafford as he struggled for form last season.

Barcelona, however, have already agreed a deal to sign centre-back Andreas Christensen on a free transfer from Chelsea and are looking for funds to continue the club’s pursuit of Robert Lewandowski.

United are alleged to have rejected the request and want a cash-only deal for De Jong. Maguire, who remains club captain, is understood to be a part of Ten Hag’s plans for next season as he looks to bounce back from a challenging period.

Manchester United transfer news might have been a little slow so far for frustrated fans, but this is perhaps taking transfer silly season to a new level.

We’ll file this one under unlikely.