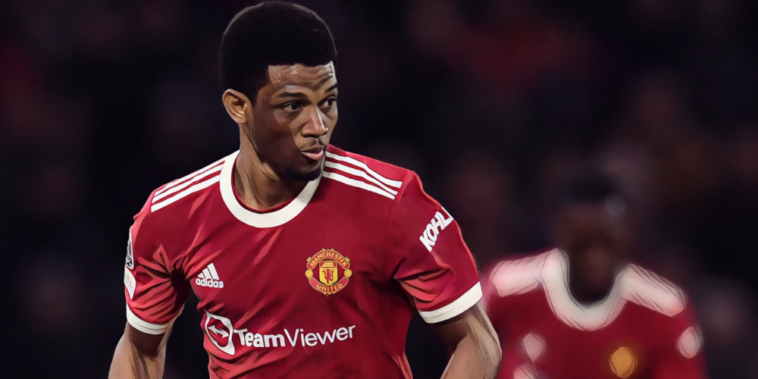 Manchester United have reached an agreement with Rangers over a loan deal for Amad Diallo.

The teenager will sign for Rangers on a deal until the end of the season as he seeks regular first-team football, with Ralf Rangnick having approved the move as the Red Devils look to aid the winger’s development.

Diallo came close to signing for Feyenoord on a loan deal last summer, but saw a move to the Eredivisie fall through after sustaining an injury late in the transfer window.

He has made just one appearance for United so far this season, starting the Champions League draw with Young Boys at Old Trafford in December.

Ralf Rangnick approved this move, to be completed and signed in the next hours. Here we go soon. #MUFC pic.twitter.com/rM9Vo6tfOI

Fabrizio Romano has confirmed that the deal will be signed in the coming hours and the move will not include an option to buy for the Scottish champions.

Rangers have moved for Diallo as new manager Giovanni van Bronckhorst seeks reinforcements before the transfer window’s deadline, having seen Ianis Hagi ruled out for the rest of the season after sustaining a knee injury in the Scottish Cup win against Stirling Albion.

Diallo signed for the Red Devils from Atalanta in a deal worth an initial £20m last January and was linked with Championship side Derby earlier in the window.