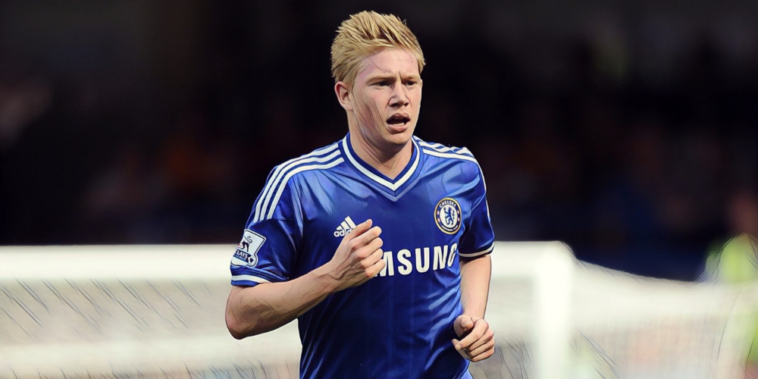 Most Premier League clubs have at least one player that ultimately got away, sold on too soon with the decision one that leaves a sense of regret in the boardroom.

There is perhaps little worse than seeing a former player flourish in another club’s colours, having prematurely been discarded. Whether it be a talent who failed to make an impact or one moved on at the wrong time, there is a long list of examples of regret-tinged sales from Premier League sides.

Those that clubs were unable to prevent leaving have not been included, with this list a group of players who would have perhaps preferred to stay put.

Here is one player each ‘big six’ side regretted letting go.

Few could have envisaged the player Serge Gnabry has become based on his performances at Arsenal, with the winger having seen his early promise halted after a serious knee injury.

Gnabry had been tipped for a huge future following his arrival in North London as a teenager, but his fitness setback prevented the German from making an impression as he made just 18 senior appearances, scoring once.

He endured a disastrous loan spell at West Brom which saw him make just one league outing, with former Baggies boss Tony Pulis having questioned whether Gnabry was up to the Premier League standard.

Gnabry returned to Germany with Werder Bremen in a £5m deal in 2017, having grown frustrated with his lack of opportunities at the Emirates.

An impressive season saw Bayern Munich sign the winger, sending him on loan to Hoffenheim before introducing Gnabry into the first-team picture ahead of the 2018/19 campaign.

He has since won three Bundesliga titles and the Champions League amongst his honours at Bayern, scoring 59 goals in 153 appearances across all competitions.

Gnabry also became the first player in 40 years to score a hat-trick on their international debut for Germany in 2016 and has since scored 20 goals in just 31 appearances for the national side.

Chelsea’s list of premature sales is perhaps the lengthiest among Premier League clubs, with some of the division’s finest footballers having been ushered out the Stamford Bridge exit door.

Kevin De Bruyne was handed just three league appearances for the west Londoners before his departure, rebuilding his reputation in the Bundesliga before a £55m move to Manchester City.

A year-and-a-half later, Man City signed him for £55m. pic.twitter.com/xm1u01pdgN

Since returning to the Premier League the midfielder has won three Premier League titles amongst his nine major honours, whilst he has been named as the PFA Player of the Year in each of the past two campaigns.

De Bruyne recently levelled David Beckham’s haul of 80 assists in the Premier League and is joint-ninth in the all-time standings for goals created, though his assist-per-game ratio (0.41) is comfortably the best of any player in the top 10.

That Mohamed Salah – who has scored 111 league goals in 165 appearances and has twice won the division’s Golden Boot at Liverpool – is ousted here shows the magnitude of Chelsea’s market mistakes.

Liverpool have been shrewd operators in recent transfer windows, but the club’s title challenges of the early 2000s were undone following mistakes in the market.

Gerard Houllier’s side had finished as runners-up during the 2001/02 season, with the Reds having added Nicolas Anelka to their ranks on a loan deal from Paris Saint-Germain during the run-in.

The France international had starred during a previous spell in England at Arsenal and whilst his return at Liverpool was a modest four goals from 20 league games, the decision not to turn the deal into a permanent one was one the Merseysiders came to regret.

“That episode was tragic for me because, honestly, it’s a club where I think I could have done a lot of things. Great things.” – Nicolas Anelka on why he didn’t stay at Liverpool pic.twitter.com/Zsa6XLFDbB

Anelka moved on to Manchester City and scored 14 league goals during his debut season, later having a successful spell at Chelsea in which he won a Premier League title, two FA Cups and finished as the league’s leading scorer in 2008/09.

He later opened up on his failed move to Liverpool and admitted his own regret that a permanent deal was not finalised.

“This is my biggest regret as well because I knew it was the perfect match,” Anelka said in an interview with the Liverpool ECHO. “Everything was perfect! I loved everything about the club.

“I had an amazing relationship with the fans. I loved them and I think it was reciprocal.”

Jerome Boateng struggled to make an impression during a single season at Manchester City, making just 16 league appearances – predominantly out of position at right-back – following his £10.4m arrival from Hamburg.

He departed the following summer and returned to Germany with Bayern Munich, where he spent a decade with the Bavarians and established himself as one of Europe’s best central defenders.

Boateng won nine Bundesliga titles and two Champions League trophies during his time at the Allianz Arena, making 364 appearances in all competitions.

He was named as Germany’s Footballer of the Year in 2015/16 and has won 76 caps for the national side, forming part of the squad that won the World Cup in 2014.

Given some of the unconvincing centre-back options that have since passed through the Etihad across the past decade, it makes you wonder how City allowed Boateng to slip through their grasp.

Even the best can make mistakes, as Sir Alex Ferguson admitted when discussing his decision to sell Jaap Stam at Manchester United.

Far from a talent who had failed to fulfil his promise with the Red Devils, Stam had established himself as one of Europe’s leading centre-backs at Old Trafford, winning three consecutive league titles and the Champions League with the club.

Fast, aggressive and formidably strong, he was the the bedrock of United’s treble success in 1998/99 but after just three seasons was sold on following a big bid from Lazio.

He later admitted it was one of the biggest mistakes in his managerial career. One of the great all-time Premier League defenders, winning three consectuive PL titles in three seasons. #MUFC pic.twitter.com/moqJV8Jy3H

Amid rumours the defender had upset Ferguson with revelations in his autobiography, he was ushered out the exit door. Despite being 29 at the time of his departure, he remained at the top-level of the European game for several seasons during spells at Lazio and AC Milan, before finishing his career at Ajax.

Speaking in an interview with MUTV, Ferguson later spoke on his regret: “When I think of disappointments, obviously Jaap Stam was always a disappointment to me, I made a bad decision there.”

The Mali international was unable to cement himself as a regular with Spurs, however, with competition from the likes of Robbie Keane and Jermain Defoe limiting his involvement.

Kanoute was allowed to leave for Sevilla in a €6.5m deal and proved an inspired purchase for the Spanish side, scoring 14 goals during his first season – including one in the club’s UEFA Cup final win over Middlesbrough.

He exploded the following campaign and scored 30 goals in all competitions to be named African Footballer of the Year, with Sevilla defending their UEFA Cup crown and adding the Copa del Rey to their collection.

Kanoute continued to fire across the next seasons and scored 136 goals in 290 games for the Andalusians, with the forward remaining the highest-scoring foreign footballer in Sevilla’s history.