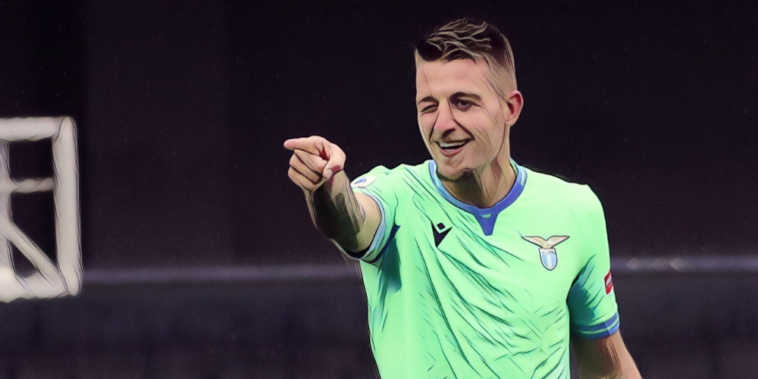 Manchester United have reportedly reignited their interest in Sergej Milinkovic-Savic with a host of Europe’s leading clubs considering a move for the Lazio midfielder.

Milinkovic-Savic has been courted by some of world football’s biggest clubs in recent seasons following a series of strong performances for Lazio, helping the Italian side to Coppa Italia success and a return to the Champions League group stages this season for the first time in over a decade.

The Serbia international has been in impressive form once again this season and has scored seven league goals for the campaign, including a stoppage-time winner against Hellas Verona on Sunday.

However, Lazio face an uphill task to secure Champions League qualification and sit sixth in Serie A at present, six points adrift of the top four with a game-in-hand on fourth-placed Atalanta.

Should the capital club miss out on a place in Europe’s elite, Milinkoic-Savic could be allowed to finally leave the Stadio Olimpico with Gazetta dello Sport reporting Manchester United have joined Real Madrid and Paris Saint-Germain amongst his list of admirers.

United have previously been linked with the 26-year-old in 2018 and he has been a name mentioned on several occasions, whilst the Red Devils are understood to be keen on overhauling their midfield options.

There are also doubts over the future of club-record signing Paul Pogba, who is once again being linked with an exit from Old Trafford following his agent’s comments back in December.

Lazio, however, are unlikely to part with their prized asset and will demand a huge fee for the midfielder who has three years remaining on his contract in the Italian capital.