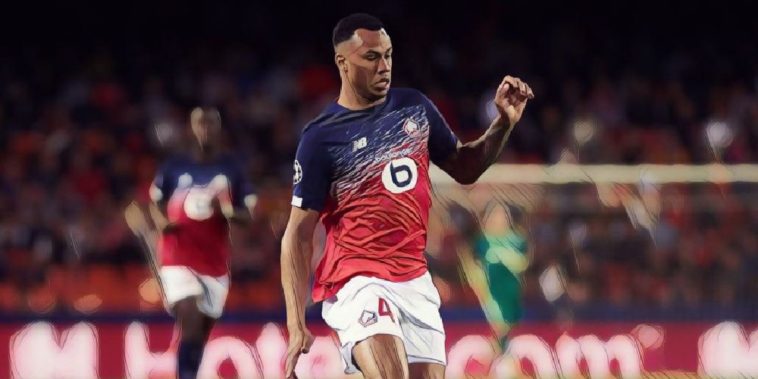 Ole Gunnar Solskjaer’s side secured a third-place finish with their final-day win over Leicester City at the weekend, securing Champions League football and maximising the club’s spending power as the Norwegian boss continues his rebuild of the club.

Jadon Sancho is widely reported to be Manchester United‘s first-choice target this summer, though Solksjaer is also believed to be keen to add a defender and midfielder to his ranks, and according to Sky Sports, a moved for Lille centre-back Gabriel Magalhaes is being considered.

Solskjaer was heard telling Nathan Ake that he was interested in signing a left-footed centre-back, though the Bournemouth defender looks like he could be on his way to Man City, with Pep Guardiola’s side having had a £41 million bid accepted for the 25-year-old.

However, Sky Sports say that left-footed Magalhaes is ‘on United’s radar’, with his ‘age, potential and price’ all said to be appealing to the Red Devils, the report suggesting he could be available for as little as £20 million.

Everton have long been linked with the Brazilian defender following his impressive season with Lille, and lodged an official bid back in June. However, the 22-year-old is also attracting the attentions of Napoli and PSG, the Italian side currently ‘the front-runners’ for his signature.

Gabriel is believed to be just one of a number of defenders on Manchester United’s radar however, the Red Devils having been linked with fellow left-footer Pau Torres of Villarreal in recent days, while Napoli’s Kalidou Koulibaly has long been linked with a move to Old Trafford.