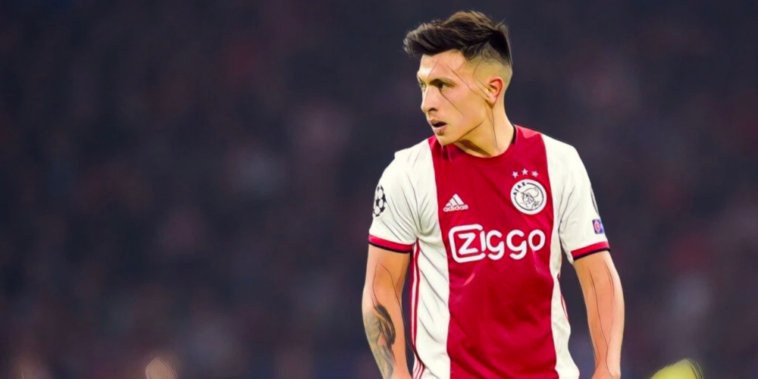 Manchester United have made an improve offer to sign Lisandro Martinez, as the Red Devils look to beat Arsenal to the signing of the Ajax defender.

United have seen an initial offer rejected for the Argentina international, who impressed under the management of Erik ten Hag last season to be named as Ajax’s Player of the Season.

Ten Hag is keen to bring the centre-back to the Premier League, though the club face competition from Arsenal who have already seen two bids turned down.

United have now raised their offer to a fee of €50m (£43m), including bonuses, with reports in the Netherlands having confirmed an improved bid that meets Ajax’s valuation.

United will hope their latest bid can ensured Martinez opts for Old Trafford, as Ten Hag looks to reshape his squad ahead of his first Premier League campaign.

Martinez has featured predominantly as a left-sided centre-back under the Dutchman, but has past experience at both left-back and in defensive midfield.

The 24-year-old has made 120 appearances across all competitions for Ajax, winning successive Eredivisie titles, and has earned seven caps for Argentina since his international debut in 2019.