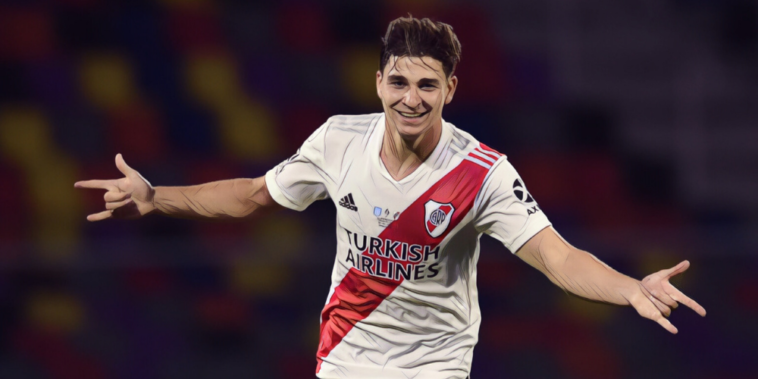 The 21-year-old has been linked with the likes of Bayern Munich, Atletico Madrid, Barcelona and a host of Italian sides amongst others, whilst Argentine publication Ole are reporting that Manchester United have now made enquiries into his availability.

River Plate are hopeful that the prospect of regular first-team football and an improved chance of a place in the Argentina squad for next year’s World Cup in Qatar can convince Alvarez to remain for a further season, but his increasing list of suitors makes a move likely.

The forward has a release clause of £17m in his current contract, though that figure will rise to £21m in the final 10 days of the upcoming January transfer window.

United are expected to back interim manager Ralf Rangnick in the winter window with the signing of a midfielder a priority, but a move for Alvarez could materialise with doubts remaining over the futures of both Anthony Martial and Edinson Cavani.

Martial’s agent recently spoke on the Frenchman’s desire to leave Old Trafford in search of regular first-team football, whilst Cavani has been linked with a move to Barcelona as the Spanish side seek a replacement for the recently retired Sergio Aguero.