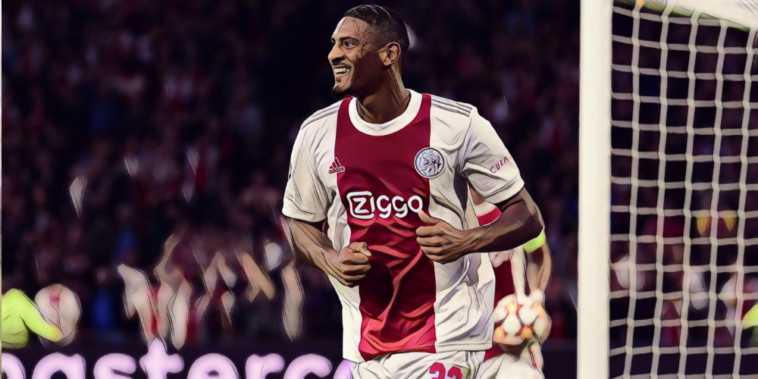 Erik ten Hag is being linked with another return to raid Ajax this summer, with the incoming Manchester United manager again, allegedly, interested in signing a star from his soon-to-be former side.

There’s been no shortage of Ajax players linked with a move to the Premier League since Ten Hag’s appointment, as the Dutchman reportedly looked towards familiar faces for his summer recruitment drive.

Sebastien Haller is the latest to have supposedly landed on the Red Devils’ radar, following a prolific period in Amsterdam.

The Sun are reporting that United are interested in a deal to sign the Ivorian, who has flourished at Ajax after a difficult spell in the Premier League with West Ham.

Haller has scored 33 goals in all competitions for Ajax during the current campaign, a season which has included the 27-year-old becoming the fastest footballer to reach 10 goals in the Champions League after netting 11 times from just eight gams in a spectacular debut season in the competition.

Haller had previously struggled after a £45m club record move to West Ham in 2019, with the Hammers allowing the forward to leave for a cut-price fee after just 10 league goals and 18 months at the London Stadium.

The Ivory Coast international is said to be valued at around £35m and speculated interest from Old Trafford is perhaps predictable in a period that will see the Manchester United transfer rumours hit overdrive.