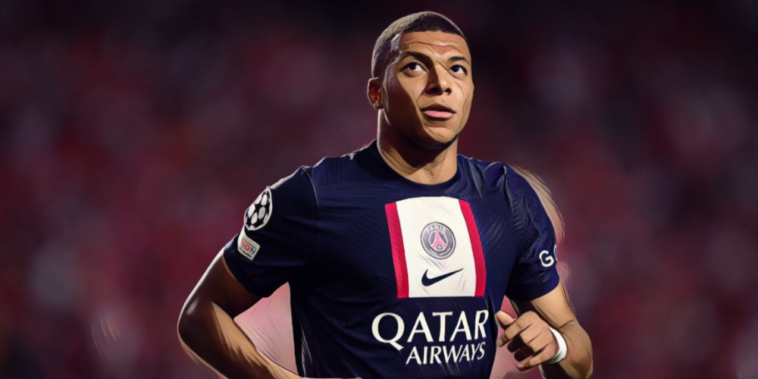 Manchester United have been linked with a move for Kylian Mbappe as the club prepare to cut ties with Cristiano Ronaldo.

Ronaldo’s time with the club appears to be over following a controversial interview with Piers Morgan, in which the forward claims he feels betrayed by the club and takes aim at several figures past and present.

The full interview will be released later this week and includes Ronaldo criticising Erik ten Hag, admitting he has no respect for the United boss following his treatment this season.

Ronaldo’s agent, Jorge Mendes, is understood to have began talks with potential new clubs and United are assessing whether the club can sack Ronaldo for a breach of contract.

The Mirror have already turned their attention to who could replace Ronaldo, suggesting rather speculatively that the Red Devils will make an approach for Kylian Mbappe. As one sulking superstar is ushered out of the exit door, the club will reportedly make a move to sign another with Mbappe unsettled at Paris Saint-Germain.

The France international turned down interest from Real Madrid to sign a new deal last summer, but is already understood to want to quit PSG. Not content with unprecedented power and status in Paris, Mbappe wants an exit.