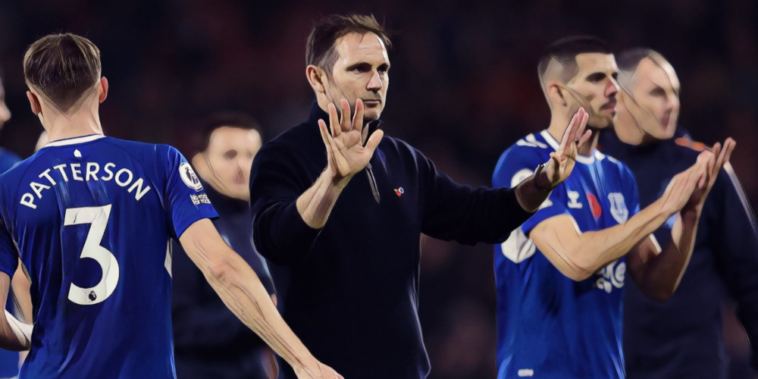 Time for Manchester United to move on

If it wasn’t already, the divorce between Cristiano Ronaldo and Manchester United has become truly unsavoury.

There appears no way back for Ronaldo, following an explosive interview in which the forward says he feels “betrayed” by the club, does not respect Erik ten Hag and is being forced out.

This is the same Ronaldo who agitated for an exit during summer and whose agent touted his services to clubs across Europe, as he expressed unhappiness at a lack of Champions League football.

After failing to secure a transfer, he has scored just three goals in 16 appearances. Against Spurs, he refused to come on as a substitute. Against Fulham this weekend, he informed the club he was ‘ill’ after being told he was not in the starting side. If there has been disrespect, much of it has come from Ronaldo to the club and his current teammates.

The full interview will be released this week, in what is sure to be a cringeworthy watch as Piers Morgan panders to the Portugal captain in scenes set to make viewers squirm. There will no doubt be validity in much of Ronaldo’s comments, in particular the lack of progress at Old Trafford across the past decade. He has, however, soured his reputation to an extent that it appears irreparable.

The fanfare and love that greeted his return seems a long time ago now.

The world was a very different place when James Milner made his Premier League debut. Nine days after the fresh-faced midfielder made his top-flight bow at Leeds, Michael Jackson hit the headlines for dangling his baby son over a balcony in Berlin. Eminem topped the charts with Lose Yourself. It was a time when Facebook was little more than an idea and the iPhone just a vision of the future.

Almost exactly two decades on from that debut, Milner became just the fourth man to reach the Premier League’s 600 club. He brought up 600 appearances in the division against Southampton this weekend as the veteran was sent on in the closing stages of Liverpool’s 3-1 win at Anfield.

Milner has never been the most fashionable footballer. His tee-total lifestyle and penchant for a Ribena has become the stuff of legend, with the 36-year-old more than happy to play up to the ‘boring’ caricature of himself created in the age of social media.

He’s also no longer the all-action presence of old, but a player who has rarely commanded the limelight deserves celebration after a milestone moment. Three Premier League, one Champions League, two FA Cup and two League Cup winners’ medals sit among his honours and few would bet against the ultimate professional chasing down Gareth Barry’s all-time appearance record.

Antonio Conte looked in a familiar direction last winter as he sought to improve Spurs, making moves to sign Rodrigo Bentancur and Dejan Kulusevski from Juventus.

While clearly talented, neither had set the world alight during their time in Turin and that was reflected in both their price-tags and Juventus’ willingness to do a deal.

The duo departed for north London for permanent fees that combined equate to little more than £45m, business which represents some of the shrewdest Spurs have conducted in recent memory. Bentancur has fast emerged as the centre-piece of Conte’s team, a footballer whose performances have a direct correlation with the level of his side.

On current form the Uruguayan is among the most complete midfielders in the division, effective and influential both in and out of possession. He works, harries and presses with intent, while providing guile and forward threat.

Bentancur scored twice in the 4-3 win over Leeds this weekend, with his late double turning defeat into victory. It’s not the first time he has come up clutch for Spurs this season, in what has proven to be the best goalscoring campaign of his career.

Kulusevski’s return has been just as poignant, with the winger having recorded consecutive assists since his return from a thigh problem. Only Kevin De Bruyne can better his productivity since arriving into English football, with the Swede having averaged an assist every 144 minutes in the Premier League.

Thomas Frank tweaked his team and saw a brilliant game-plan come off this weekend. Few had backed Brentford for an upset against the champions, but the Bees produced the result of the weekend with a 2-1 win at Manchester City.

Frank reverted back to the 3-5-2 system which worked well last term and it proved a masterstroke. Three central defenders added security, Rico Henry raided down the flank from wing-back and Ivan Toney was serviced further forward with a direct approach that City couldn’t cope with.

Every single one absolute heroes pic.twitter.com/DtWhMrYhtP

It wasn’t pretty at times, but David Raya’s distribution allowed Brentford to bypass much of the pitch and threaten in the air at the opposite end. It was Raya’s long kick which led to the first goal, a pinpoint pass that saw Ben Mee power above Manuel Akanji and nod down into Toney’s path.

It was a route from back to front that caused City issues all game, with the host’s backline visibly unnerved as the Bees took to the skies. There’s plenty of ways to win a football match and Frank found one this weekend as Brentford took a sizeable scalp at the Etihad.

Everton’s travelling fans were not afraid to voice their anger this weekend, after watching their side battered at Bournemouth for the second time in just four days.

The club’s Carabao Cup exit in midweek was embarrassing, but came with a caveat that Lampard had changed the entire eleven. There was no such excuse as this weekend’s woes came at full strength and dragged the troubled Toffees towards danger.

Lampard’s appointment was not an obvious choice, while it is becoming increasingly unclear whether he has the credentials to salvage his side’s season. Backed in the summer to the tune of almost £100m, there has been little improvement from a team who struggle to create chances and waste many of the opportunities that do arrive.

Is he going to meet the same fate? 👀 pic.twitter.com/yAXGrW0twj

The defensive additions of Conor Coady and James Tarkowski provided the Toffees with a solid defensive core alongside Jordan Pickford, but when that trio fail to perform – as happened at Bournemouth this weekend – there is little to like about this side.

The pause for the World Cup provides time for reflection, but with Everton just a point outside the relegation places there is no doubt anxiety at Goodison Park. A drop into the Championship could be catastrophic for a club of Everton’s size.