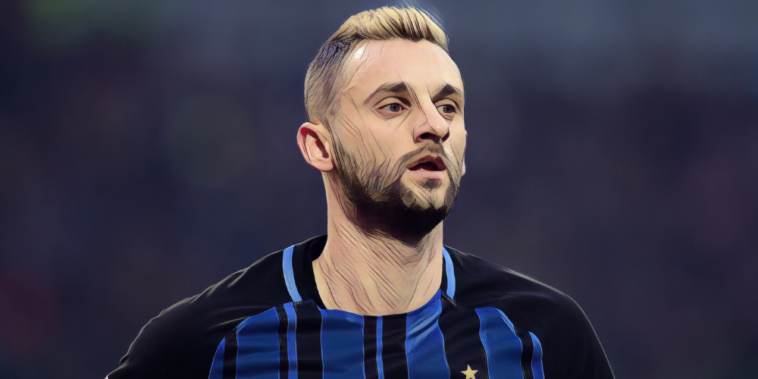 Manchester United are reportedly interested in signing Marcelo Brozovic on a free transfer as the midfielder approaches the end of his deal at Inter Milan.

United are in the market for midfield reinforcements amid uncertainty surrounding several of their current contingent, Paul Pogba’s future remaining uncertain as the France international enters the final months of his contract at Old Trafford.

Donny van de Beek is also expected to leave in search of regular first-team football and has been linked with Everton and clubs in Italy and Germany, having failed to establish himself in Ole Gunnar Solskjaer’s plans since arriving from Ajax in 2020.

Calciomercato are reporting that Brozovic has now emerged as a potential target for the Red Devils, with the Croatia international having been a key figure in Inter Milan’s 2020/21 Serie A title success.

The 28-year-old has made 251 appearances for the Nerazzurri across seven seasons at the San Siro and has previously been linked with a move to the Premier League and Tottenham.

Brozovic has earned 66 caps for Croatia at international level and formed part of the side that reached the final of the 2018 World Cup in Russia.