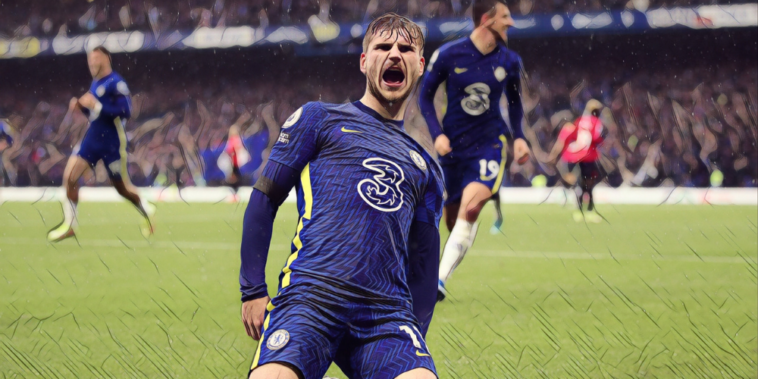 Following the latest round of Premier League action, we’ve picked out some of the heroes and villains from the best and worst of the weekend’s fixtures.

Liverpool’s huge clash with Manchester City ended with the points shared at Anfield, the two teams exchanging four goals during a breathless second half on Merseyside.

Chelsea capitalised to move back to the top of the Premier League heading into the international break, whilst both Everton and Brighton maintained their strong starts after securing draws with Manchester United and Arsenal respectively.

Elsewhere there was a pressure-relieving win for Nuno Espirito Santo and Tottenham, whilst Leeds are up and running for the campaign after beating Watford at Elland Road.

Mohamed Salah was lauded as the best footballer in world football right now following Liverpool’s draw with Manchester City, with both Jamie Carragher and Pep Guardiola amongst those to anoint the Egyptian as the planet’s premier player at present.

Guardiola went as far as to proclaim Salah as the best winger in Premier League history, after the 29-year-old continued his sparkling form with a stunning second-half performance against the champions.

Salah made the first and scored the second in exquisite fashion, first racing from inside his own half before freeing Sadio Mane with a pass of perfect weight and precision.

His goal – lauded by Klopp as a strike the fans would remember for ’50 or 60 years’ – was simply extraordinary, a sensational solo goal that saw him beat Joao Cancelo, Bernardo Silva and Aymeric Laporte before slamming an emphatic finish beyond Ederson with his supposedly weaker right foot.

Salah has now scored in his last seven games for Liverpool and is the joint-leading scorer in the Premier League so far this season, his current form on another level even by the elite standards he has set in recent seasons.

James Milner’s willingness to fill any void or gap is commendable and the midfielder has been a priceless part of Jurgen Klopp’s squad in recent campaigns, but the 35-year-old endured an afternoon he’ll be keen to forget against Manchester City this weekend.

Faced with the tantalising threat of Phil Foden as his opposite number, the auxiliary right-back was exposed time and time again as he sought to cover the absence of Trent Alexander-Arnold from the side.

Foden’s pace and purposeful running was a nightmare for Milner, who was more than a little fortunate to remain on the pitch after escaping a second yellow card for a cynical trip on Bernardo Silva.

Milner had earlier been cautioned for hauling down Foden, whilst he was fortunate again to escape further punishment after clipping the 21-year-old’s heels inside the penalty area.

Rarely has a 14-year age gap between direct opponents been more vivd.

Wolves hailed a new hero this weekend following Hwang Hee-Chan’s double to down Newcastle, the South Korean making it three goals in four appearances since his loan arrival from RB Leipzig.

Hwang was part of the exciting Red Bull Salzburg frontline that contained the likes of Erling Haaland, Takumi Minamino and Dominik Szoboszlai, but found both opportunities and goals difficult to come by after moving to the Bundesliga.

The 25-year-old has been invigorated since making the move to England however, forming an instant understanding with Raul Jimenez that will offer huge encouragement to Bruno Lage.

The duo linked up in fine fashion against Newcastle with Jimenez laying on each of Hwang’s goals, the latter racing infield from the left before scoring twice in clinical fashion.

Wolves have now won three of their past four and Lage has an abundance of options available to him, with Hwang’s early impact having already made him a fans’ favourite.

Ward-Prowse had earlier equalised from the penalty spot for Ralph Hasenhuttl’s side, though that was the sole highlight of a game in which he struggled to get a foothold in against the Chelsea midfield.

His tackle on Jorginho, however, was ludicrous, a wild lunge at the Italian midfielder who was receiving possession on the edge of his own penalty area.

Ward-Prowse’s moment of madness saw him receive a red after consultation with VAR and handed the initiative back to Chelsea, who pushed on to score twice late on and condemn the 10-man Saints to defeat.

If at first you don’t succeed, try, try, try again. And if you’re Timo Werner, try again some more.

Werner’s career with Chelsea has seen him become a regular target for criticism following a series of glaring misses, but the forward’s perseverance, work-rate and application has been admirable.

The 25-year-old looked set for another frustrating afternoon after seeing a first goal of the season disallowed by VAR against Southampton, having already set off in celebration as his effort was chalked off for a foul in the build-up.

It was, remarkably, the 16th goal he has seen disallowed since signing for Chelsea, a staggering statistic given he is only in the early period of his second season at Stamford Bridge.

Werner reaped the rewards of his insatiable industry with a late winner against the Saints however, a goal that the Chelsea faithful will hope can ignite his fortunes.

Joachim Andersen has been a solid signing for Crystal Palace so far this season, but the defender found himself culpable for both goals during the Eagles’ 2-2 draw with Leicester.

The Denmark international took a needless risk after trying to feign past Kelechi Iheanacho in a dangerous area, the forward reading the centre-back and intercepting before racing away to open the scoring.

Andersen did not cover himself in much glory for the Foxes’ second either, his body position all wrong as he failed to intercept Harvey Barnes’ pass through to Jamie Vardy.

Fortunately for the 25-year-old, goals from substitutes Michael Olise and Jeffrey Schlupp spared his blushes and rescued Patrick Vieira’s side a point.

Phil Foden was in inspired form during Manchester City’s draw at Liverpool to claim the bizarre ‘joint man-of-the-match’ award alongside Mohamed Salah, and whilst the 21-year-old’s showing had football fans purring a special mention must go to teammate Bernardo Silva.

After agitating for a move away from the Etihad during the summer, Bernardo has returned to form and favour for the Premier League champions this season and provided a reminder of what a brilliant footballer he can be when operating at his best.

The Portugal international combines work-rate with wizardry, as equally capable of invention and pulling the strings in an advanced role as he is charging box to box and leading the press.

A clinic in close control. ✨ pic.twitter.com/gvnJYB3SqO

Silva was exceptional in the win over Chelsea last weekend and starred once again at Anfield on Sunday, producing two of his finest performances in recent memory at arguably City’s two most-difficult assignments of the season.

With Kevin De Bruyne not quite operating at full throttle it is Bernardo who has become City’s catalyst, the midfielder edging ever closer to the 2018/19 performances that made him one of the best in both the Premier League and Europe.

Manchester United are just two points adrift of the Premier League leaders heading into the international break, following a 1-1 draw with Everton this weekend.

At surface level, the Red Devils appear close to the division’s best, but performances in recent weeks have increased scrutiny and raised the pressure on Ole Gunnar Solskjaer.

Solskjaer’s side toiled against an Everton side missing a whole host of key personnel, their vulnerability on the counter-attack evident once more as Andros Townsend equalised on the break.

The Norwegian has failed to address that soft centre and the club’s lack of clean sheets is a concern, keeping just one shut-out in their past 18 games with the failure to sign a defensive midfielder looking increasingly costly.

The decision to leave Cristiano Ronaldo amongst the substitutes in the final fixture before the international break will raise questions, whilst United continue to look like a side comprised of eye-catching arrivals shoehorned together with little stylistic similarities.

Leicester, Atalanta, Liverpool, Spurs, Atalanta and Manchester City await in their next six, a run of games that could be make-or-break for both the Red Devils’ season and Solskjaer’s tenure.