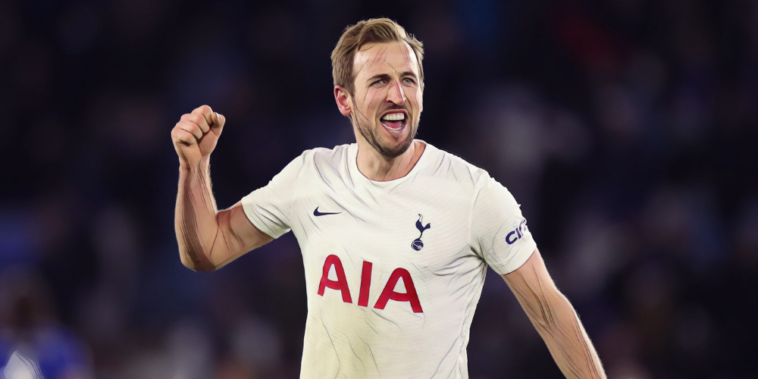 Manchester United are said to be considering a summer move to sign Harry Kane from Tottenham.

United have held a long-standing interest in Kane and could make a fresh approach for the England captain at the end of the season, with the 28-year-old having expressed his desire to leave Spurs last summer.

Kane was subject of interest from Manchester City last summer, though Spurs rejected several bids from the Premier League champions.

City are now pursuing a deal for Borussia Dortmund forward Erling Haaland and that could open the door for United to make a move, with the Mirror reporting the Red Devils will bid to tempt Kane to Old Trafford.

Kane will have two years remaining on his contract this summer and chairman Daniel Levy will have a decision to make should a new deal not be signed, as Spurs face the prospect of their leading talent running down his contract.

United’s interest in Mauricio Pochettino as their next permanent manager could also aid their pursuit of Kane, who enjoyed a strong working relationship with the Argentine during their time together in North London.

Spurs remain hopeful the presence of Antonio Conte could persuade Kane to remain in the capital and the forward has publicly spoken on his happiness at working with the Italian.

However, last weekend’s 3-2 defeat to Manchester United leaves Spurs with a huge task to finish in the Premier League’s top four and Kane’s future could hinge on whether the club can secure Champions League football.