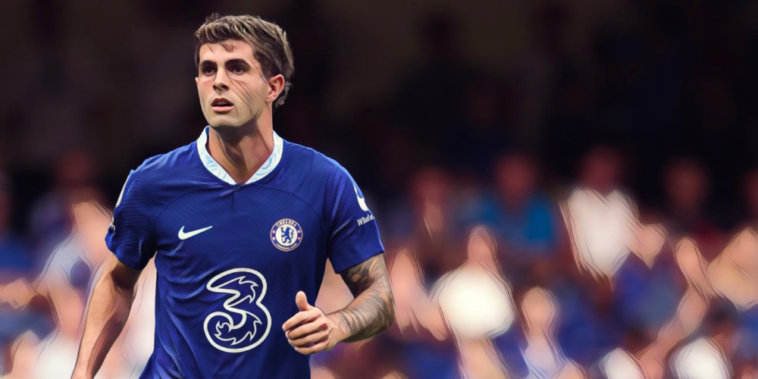 Manchester United are said to be ‘open’ to signing Chelsea’s Christian Pulisic on loan in the upcoming January window.

United seem to be in need of attacking reinforcements following their decision to terminate the contract of Cristiano Ronaldo after the Portuguese’s explosive interview with Piers Morgan last week.

Even before Ronaldo’s departure, United’s frontline hasn’t really hit its straps so far this season, netting just 20 goals in 14 Premier League games, with the likes of Jadon Sancho struggling for form and Anthony Martial struggling for fitness.

The Red Devils have been linked with PSV’s Cody Gakpo in recent weeks following his blistering start to the season, though according to ESPN, Chelsea’s Christian Pulisic is also an option.

The USA international has only started three league games this season and is expected to be allowed to leave, with Newcastle and Arsenal having been informed of the player’s availability.

United – who have held an interest in Pulisic in the past – are said to appreciate the 24-year-old’s ‘versatility’ to play across the front line, though the club have ‘noted’ his injury issues over the years.

Whether Pulisic is high on United’s radar remains to be seen, with the club seemingly more in need of a more out-and-out central figure, though it appears as though he is one of their options.