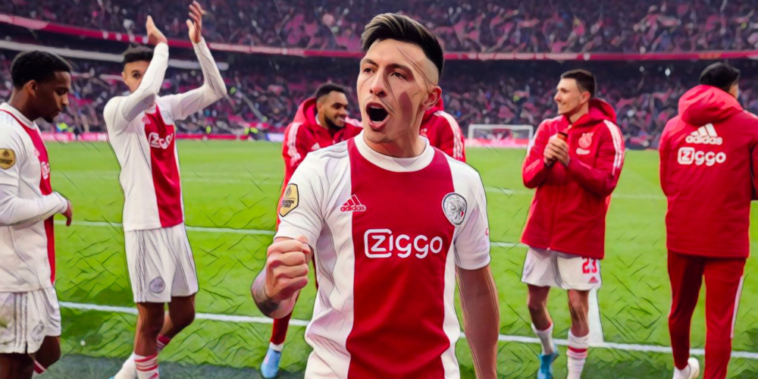 Manchester United are closing in on the capture of Lisandro Martinez, as Ajax begin work to find a replacement for the in-demand defender.

According to De Telegraaf, United are preparing to increase their offer to sign Martinez to around €55m (£46.4m), a figure that Ajax deem acceptable for the Argentina international.

The Red Devils had previously seen a bid of €45m, plus a further €5m in bonuses, turned down, while Arsenal have also seen two offers for Martinez rejected.

Erik ten Hag wants to bring Martinez to the Premier League and the Red Devils are close to beating the Gunners to the signature of the centre-back, who was named as Ajax’s Player of the Season after winning the Eredivisie title in 2021/22.

Martinez has made 120 appearances across his three seasons at Ajax, winning two league titles, and his versatility is an appealing option to Ten Hag having also featured at left-back and in defensive midfield since moving to the Netherlands.

The De Telegraaf report says that Ajax have began to identify potential replacements for Martinez, in the clearest indication yet that a deal is close to being agreed.

Shakhtar Donetsk defender Mykola Matvienko is understood to be on the Dutch club’s radar and a fee of €15m could be enough to secure the signing of the Ukraine international.