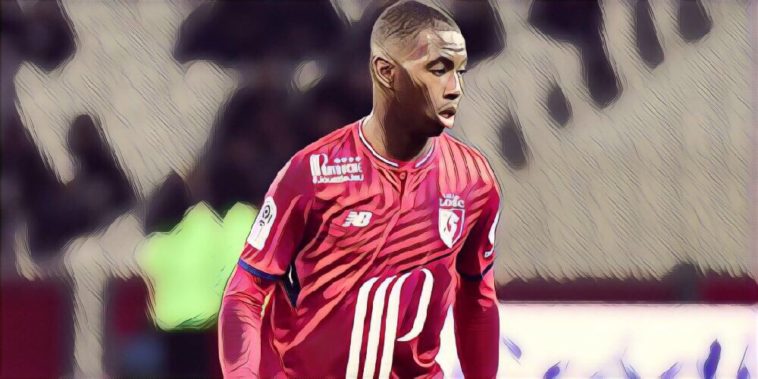 Manchester United and Chelsea are set to ‘battle’ it out for the signing of Lille midfielder Boubakary Soumare this month.

The box-to-box midfielder has been on the radar of some of Europe’s leading clubs following a series of strong performances for the Ligue 1 side, with Arsenal, Real Madrid and Valencia having also been linked with a move for the 20-year-old in recent weeks.

However, according to Sky Sports, those clubs are now no longer in the running for a player who has been likened to Paul Pogba, leaving the path clear for Manchester United and Chelsea to vie for Soumare’s services.

Both sides have held talks with the player as they seek midfield reinforcements during the winter window, though a decision on the youngster’s future is not expected to be made until after Lille’s huge meeting with Paris Saint-Germain on January 26.

Soumare is amongst a host of talented, young players currently impressing at the French side, the prospect having made 23 appearances in all competitions so far this season. Lille have also received interest in top scorer Victor Osimhen and defender Gabriel, though Soumare is expected to be the only one of the emerging trio allowed to leave this month.

The France U21 international is the latest success story of highly rated sporting director Luis Campos, the man responsible for turning the likes of Kylian Mbappe, Anthony Martial and Fabinho into household names at Monaco likely to now make another significant profit, around £40m, on a player signed on a free transfer from PSG in 2017.