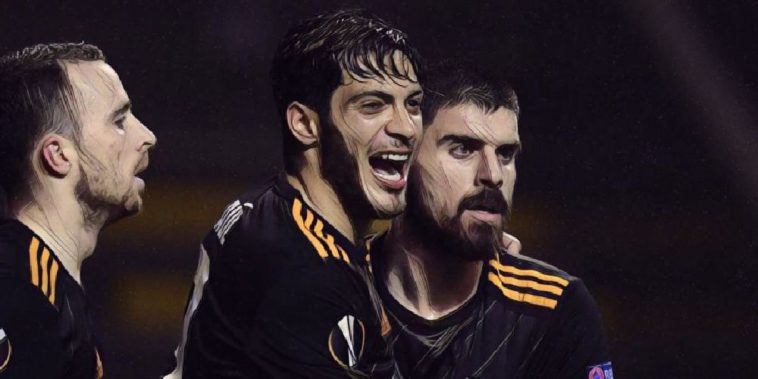 Manchester United are interested in Wolves’ Raul Jimenez and Lyon’s Moussa Dembele as the club step up their search for a forward this month.

Ole Gunnar Solskjaer is keen to add to his attacking options during the January transfer window, with Wolves’ star Jimenez at the top of the club’s transfer wish list.

The Mexican international has starred for the Midlands side since their promotion to the Premier League, initially joining the club on loan before becoming Wolves’ record signing when signing on a permanent basis from Benfica last summer.

The 28-year-old has impressed once again this season and currently has 17 goals in all competitions so far, with Sky Sports reporting that the forward has emerged as a priority target for United this winter.

However, Wolves are under no pressure to sell and it appears unlikely Nuno Espirito Santo would part with his side’s top scorer mid-season, leaving the Old Trafford hierarchy to consider alternatives including Lyon’s Dembele.

The French forward has impressed since joining Lyon from Scottish champions Celtic 18 months ago, scoring 25 goals in just 51 Ligue 1 appearances, including 10 during the current campaign with only Wissam Ben Yedder and Kylian Mbappe having scored more in France’s top division.

Several clubs, including Chelsea, are believed to be monitoring the 23-year-old, though it would likely take a huge bid to convince the French side to sell in January following the long term injury suffered to fellow attacker Memphis Depay last month.