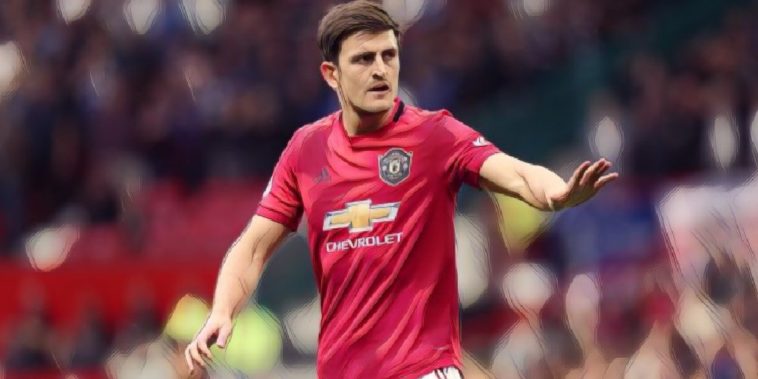 Premier League sides once again threw the proverbial bucket-load of cash at new signings last summer, with each club desperately attempting to bolster their squad in search of success.

More than half of the sides in English football’s top division broke their transfer records during the summer, newly-promoted Sheffield United managing the feat four times in one window!

We’re now at the half way point of the campaign and the league’s biggest buys have had chance to settle into their new surroundings, but have they proven value for money thus far?

Manchester United moved away from their tendency to sign marquee talents by targeting emerging, British prospects during the summer, with Crystal Palace’s Wan-Bissaka joining in a £50m deal in July.

The young full-back had enjoyed a stand-out season at Selhurst Park and developed a reputation as a prolific tackler, Ole Gunnar Solskjaer securing the signing of the player as he sought to tighten up a backline which had posted the club’s worst ever Premier League defensive record the previous season.

Since moving to Old Trafford Wan-Bissaka has continued to thrive defensively, earning plaudits for his ability to time tackles to perfection and proving a formidable opponent when in one versus one situations.

However, his lack of impetus in an attacking sense has seen him criticised, with his attributes often best suited to games when United are under pressure. For a side with ambitions of challenging for silverware this must improve, but at 22-years-old Wan-Bissaka has time to develop his forward play.

Having been restricted in the transfer market as the club moved into their new stadium, there were finally funds available to Spurs this summer and the club chose to break their transfer-record to secure the signing of Tanguy Ndombele from Lyon.

The France international had been linked with various leading clubs across Europe and his signing was seen as a coup by former boss Mauricio Pochettino, though there have only been glimpses of the 23-year-old’s evident talent so far.

A goal on debut against Aston Villa has been followed by inconsistent displays, whilst the midfielder must now convince Jose Mourinho that he can be a key part of the club’s future moving forward with the manager having been critical of his fitness.

Ndombele is yet to establish himself in the new manager’s best XI, but with Spurs having suffered several injury problems recently this may now be his chance.

The most expensive full-back in the history of football, Pep Guardiola splashed £60m on the Portuguese international from Juventus with many believing his arrival could spell the end for Kyle Walker at the Etihad.

Half of Cancelo’s fee was covered by the exchange of Danilo in the opposite direction, however, for a deal valued at £60m there has been minimal impact from the 25-year-old since his arrival in English football.

Cancelo has made just five league starts for the champions since joining in the summer, with a handful of further appearances in the Champions League and cup competitions.

Speculation has already arisen that the player could be allowed to leave during the January transfer window, Bayern Munich reportedly keen as they seek additions at right-back, and Cancelo could now be set for his fifth club in just five seasons.

The second of Manchester City’s big-money buys as they looked to continue their dominance of the English game, Atletico Madrid midfielder Rodri arriving in a club-record deal after the champions activated the £62.8m release clause in the Spaniard’s contract.

Pep Guardiola beat off competition from Bayern Munich to sign his compatriot, the defensively minded 23-year-old seen as the long term replacement for Fernandinho at the heart of the City midfield.

It’s been an indifferent start for Rodri so far at the Etihad, though he has shown signs of class and his versatility has been apparent in filling in at centre-back on occasion.

Adapting to the pace of the Premier League can take time, particularly for deep-lying midfielders, though Rodri has done enough to show he can be a long term fixture in the City side.

The Premier League signing to have been under the most scrutiny?

It’s proven to be a baptism of fire for Nicolas Pepe in English football, signed in a £72m club-record deal last summer and struggling to find his feet in the initial stages of his Arsenal career.

The Ivory Coast international had been monitored by some of Europe’s elite after a prolific spell in French football with Lille, Arsenal opting to sign the winger last summer to bolster their attacking options alongside Pierre-Emerick Aubameyang and Alexandre Lacazette.

It seemed a strange decision given the club’s defensive flaws, with Pepe receiving increased criticism as he toiled during his first performances as a Gunners’ player.

The 24-year-old has, however, scored a respectable five goals and provided a further five assists in just 13 starts since his highly anticipated arrival, whilst his all-round performances have been much improved following the appointment of Mikel Arteta as the club’s new head coach last month.

Still yet to justify his huge fee, though there have been definite signs of progress in recent fixtures.

Manchester United’s significant investment in their defence culminated with the £80m capture of Leicester’s Harry Maguire, the England international becoming the most expensive defender in football history.

It was hoped that the 26-year-old’s arrival could help transform the side’s fortunes, Maguire bringing experience, leadership and quality to a defence that had struggled in recent seasons.

Despite being handed the captaincy on occasions by Solskjaer, in truth, Maguire has struggled. The defender is yet to show the level of performance that would justify his huge fee, whilst it can be argued that United are yet to improve from last season’s showings.

Factors out of his control including the club’s unbalanced squad and lack of quality midfield options ahead of him have contributed to both his and United’s indifferent form, but there can be no denying that the club’s hierarchy would have expected more from their marquee summer addition.