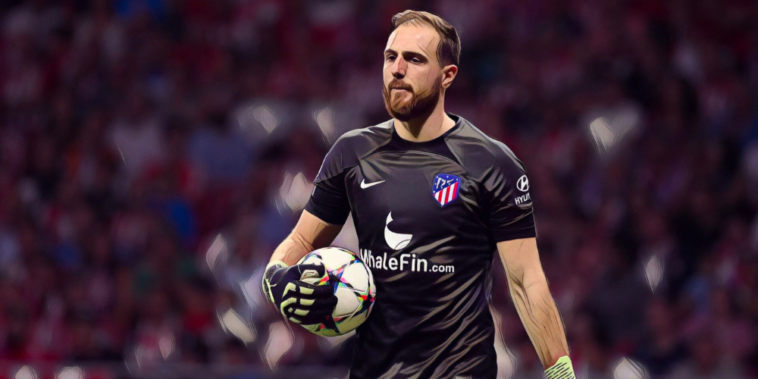 Manchester United and Tottenham are set to compete for the signing of Jan Oblak from Atletico Madrid next summer.

Oblak is a target for the Premier League sides as each look for a long-term option at number one, with the Slovenia international regarded as one of the best goalkeepers in European football.

The 29-year-old signed a new contract with Atletico Madrid earlier this year, though the Spanish side are reportedly willing to discuss a potential transfer with interested sides.

The Daily Mail are reporting that Manchester United are considering a move for Oblak, with David de Gea out of contract at the end of the season.

United are assessing their options and are contemplating allowing De Gea to leave on a free transfer, given reservations over his ability with the ball at his feet and his status as the club’s second-highest earner, behind Cristiano Ronaldo.

Spurs are also looking for a new number one, as Hugo Lloris approaches the end of his career with the club. Lloris has spent a decade in north London and signed a new two-year extension in January, but the 37-year-old is expected to leave when his contract expires in 2024.

Atletico Madrid are understood to have placed Aston Villa’s Emiliano Martinez on their list of transfer targets to replace Oblak, should the shot-stopper depart the Wanda Metropolitano next summer.