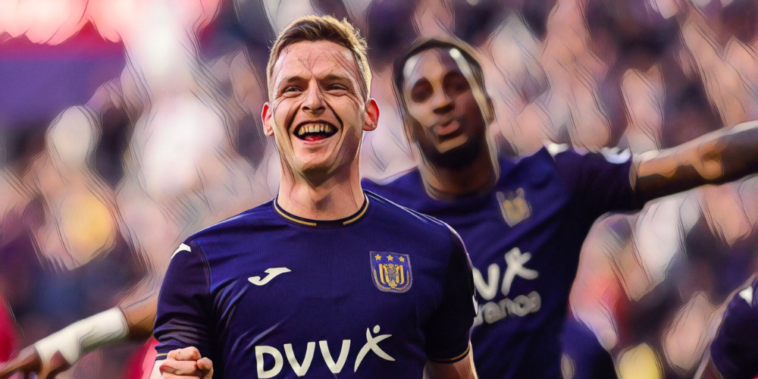 City saw an opening bid for Cucurella rejected earlier in the window and have been reluctant to meet Brighton’s valuation of the defender, who is now in advanced talks with Chelsea over a potential move to Stamford Bridge.

The Times are reporting that City have ‘all but given up’ on signing Cucurella and have turned their attentions towards Gomez, who was named as Anderlecht’s Player of the Season in 2021/22.

The 21-year-old has impressed since joining the Belgian side from Borussia Dortmund last summer, with the left-back’s debut season having seen Gomez score seven goals and provide 15 assists across all competitions.

Gomez – who shone under the management of former City captain Vincent Kompany at Anderlecht last season – began his career in the academy system at Barcelona and has been capped by Spain up to u21 level.

Talks have began over a deal worth between £12 and 17 million for Gomez, as City look to improve their full-back options following the sale of Oleksandr Zinchenko to Arsenal.