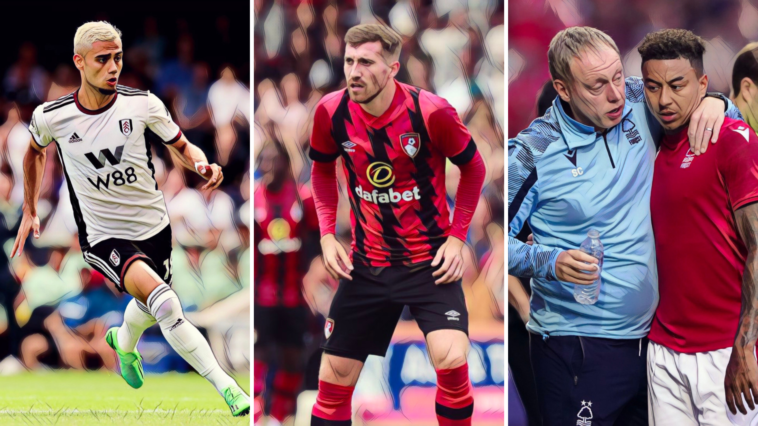 Making the step up to the Premier League is a difficult challenge for newly-promoted teams, with all three teams securing survival on just three occasions in the division’s history.

Fulham will have another crack at the Premier League after winning the second tier last season and the Cottagers will be joined by Bournemouth and Nottingham Forest, the latter making their return to the top table of English football for the first time in 23 years.

Survival will be the chief target for the trio and ahead of the new season we assess the survival hopes of the newly-promoted teams.

Fulham have not began a season in the same division as the previous campaign since 2017/18, with the Cottagers continuing a yo-yo existence between the top two divisions last season.

The west Londoners gambled on Marco Silva as the club’s new manager following Scott Parker’s exit last summer and it proved an inspired choice, as the Portuguese coach led Fulham to the Championship title in impressive fashion.

Fulham became the first team since Kevin Keegan’s Manchester City side in 2001/02 to score more than a century of goals in the second tier, with Aleksandr Mitrovic obliterating the Championship goal record with 43 in 44 league appearances.

Mitro has been cooking in pre-season. 🔥#FFC pic.twitter.com/FBdo6UVxqa

The Serbian is the key figure in Fulham’s fight to survive and will return with a point to prove, having fallen out of favour under Parker during the club’s last campaign at this level.

Harry Wilson led the Championship for assists last season and has the creativity to impress in the top tier, while Joao Palhinha and Manor Solomon will hope to enhance their reputations after making the move to the Premier League this summer.

Fulham’s free-scoring side should have a go on their Premier League return, though Silva will need to tighten his side’s rearguard if the Cottagers are to survive. Their 43 goals conceded last season was more than both Bournemouth and Forest and the club will soon learn that the Premier League is a different beast if that record does not improve.

Having left Fulham to take charge of Bournemouth last summer, Scott Parker proceeded to take the Cherries back into the Premier League as runners-up to his former side.

Parker now has two Championship promotions on his novice résumé as a manager, but the task will now be keeping a club in the same division for successive seasons.

Bournemouth are the odds-on relegation favourites for the 2021/22 campaign, following a summer of recruitment that has been minimal. Parker – whether by choice or a failure to land targets – will begin the campaign this weekend with the vast majority of players who led Bournemouth to promotion.

Marcus Tavernier’s £10m arrival from Middlesbrough this week was the first money spent this summer and the 23-year-old, alongside fellow new recruit Joe Rothwell, will be keen to test himself in the Premier League after impressing in the second tier. Ryan Fredericks has also arrived from West Ham and will provide speed and top-level experience at right-back.

Dominic Solanke returns with a point to prove in the Premier League, having struggled during his past experiences at this level with just four goals in 63 appearances.

Two seasons in the Championship have seen the 24-year-old evolve into a multi-functional forward. He finished as runner-up to Mitrovic for the division’s Golden Boot with 29 goals last season and has combined that improving goal record with intelligent movement and link-play.

His role is crucial to the attacking system of Parker’s side and he will now hope to fulfil the potential that made him one of England’s best prospects at youth level. The towering Kieffer Moore represents a back-up plan for Parker, who will hope the Cherries can maintain the solidity that led to the Championship’s best defensive record in 2021/22.

Not since Brian Clough’s legendary reign has a Nottingham Forest manager entered a new season with such good will, with Steve Cooper’s remarkable transformation of the side having awoken one of English football’s sleeping giants.

Bottom of the division following a disastrous start to the Championship campaign, their turnaround following Cooper’s appointment was nothing less than extraordinary. Cooper won 60% of his 45 games in charge last season, the highest win ratio of any Forest manager in the club’s history.

Momentum is with Forest heading into the new campaign and Greek owner Evangelos Marinakis has splashed the cash in an attempt to make sure their first Premier League campaign since 1998/99 is more than a one-season sojourn.

Steve Cooper is thrilled with the signing of Jesse Lingard, and has hailed the positive influence he's already had at the training ground since his arrival 🌳🔴 pic.twitter.com/gT23vyJd6l

Brennan Johnson arrives into the Premier League as the reigning EFL Young Player of the Season and Taiwo Awoniyi – an ex-Liverpool prospect who scored 20 goals in all competitions to fire Union Berlin to a fifth-placed finish in the Bundesliga last season – has been signed to ease the goalscoring burden on the precocious Welshman.

After promotion in 1978, Forest won the title in their first season back in the big time, before adding consecutive European Cups in the following campaigns. Even the most optimistic Forest fan is not anticipating a repeat of such miracles, but there is confidence at the City Ground that Cooper can consolidate this season.