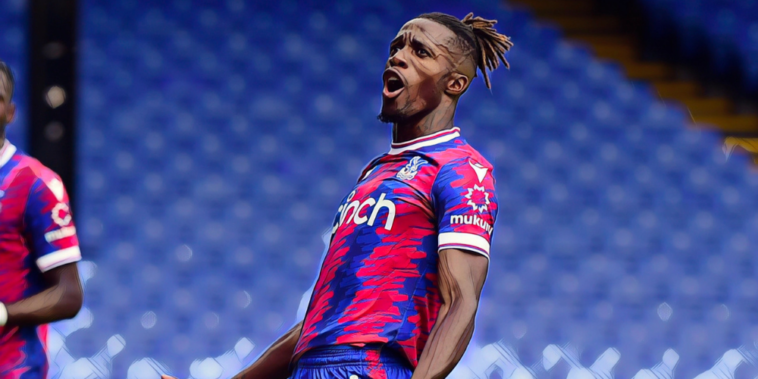 Premier League clubs have been finalising their preparations across the summer, with some travelling far and wide during their pre-season campaigns.

Pre-season provides a chance for players to get up to speed ahead of the new season and a number of Premier League names have been making quite the impression across their club’s friendly fixtures.

As the new season prepares to kick off on Friday evening, we look at seven stars who have shone in pre-season.

Arsenal head into the new season full of optimism following a strong pre-season and summer transfer window, with the Gunners having beaten Nurnberg, Everton, Orlando City, Chelsea and Sevilla across the course of the summer.

The latter of those wins saw Gabriel Jesus hit a hat-trick in a 6-0 victory at the Emirates and the summer signing from Manchester City has hit the ground running in north London.

The Brazil international chose to leave the champions in search of regular first-team minutes and has looked an idealistic fit for Mikel Arteta’s side. Jesus has scored seven goals in just five pre-season fixtures for the Gunners, in addition to providing an assist.

Jesus’s intelligent movement and instincts around goal can provide a new dimension to an Arsenal side that lacked a reliable goalscorer last season, with the 25-year-old’s work-rate from the front setting the tone for Arteta’s team.

Eddie Nketiah – who shone after being given a run in the side last season and has since signed a new deal – will provide competition for the centre-forward role and has six goals of his own this pre-season.

After England’s run to the final of Euro 2020 and the distraction of a failed move to Manchester City impacted his form during the opening weeks of last season, Harry Kane has been focused and firing for Spurs this summer.

The 29-year-old is settled under Antonio Conte and geared up for an impressive campaign, having scored five goals for Spurs across their pre-season fixtures, including a quick-fire double in a 2-1 win at Rangers.

After a slow start to 2021/22, Kane scored 16 goals and provided eight assists in 28 appearances following Conte’s arrival as manager and the England captain will be key to Spurs’ hopes of closing the gap to Manchester City and Liverpool.

Kane could win a record-equalling fourth Premier League Golden Boot this season and said earlier this summer that he is relishing the increased competition for the award following the arrivals of Erling Haaland and Darwin Nunez.

“The battle for the Golden Boot is always tough,” Kane told Sky Sports.

“The Premier League has produced some top strikers around the world for a number of years. Every season I’ve been playing, it has always been a tough battle to win that Golden Boot and it’s no different. You expect the top strikers to want to play in the Premier League and with those two new signings, it’s going to be the case.

“It helps me as a player, it helps to have good competition, it drives me to get better and, for sure, I look forward to the challenge.”

Pedro Neto’s return to full fitness will be a huge boost to Wolves this season, with the winger hoping to return to the levels that saw him hailed as one of the Premier League’s best young talents in 2020/21.

A serious knee injury restricted the 22-year-old to just five league starts last season, though he scored his first goal since returning in the final day defeat to Liverpool at Anfield.

Neto has shown signs he is back to his best in pre-season, with three goals and two assists during Wolves’ summer fixtures.

The Portugal international is explosive and direct and his return could help improve Wolves’ goal threat. Bruno Lage’s side scored just 38 goals in the Premier League last season, with only the three relegated teams having managed less.

Wilfried Zaha’s importance to the Crystal Palace forward line has been evident once again in pre-season, with the Ivorian among the leading goalscorers among Premier League clubs.

Zaha has scored five goals and provided a further three assists for the Eagles this summer, ignoring speculation over his future to find his form.

The 29-year-old scored a career-best 14 league goals last season and has entered the final 12 months of his deal at Selhurst Park, but there has been little concrete interest in his services – much to the delight of Patrick Vieira.

Zaha has shone alongside the returning Eberechi Eze in pre-season, with the duo having shown some superb link-up. The prospect of the pair combining with Michael Olise could provide Palace with one of the most entertaining forward lines in the division.

Miguel Almiron’s future at Newcastle appeared uncertain earlier this year with the midfielder having been linked with an exit following talks between his agent and the club in January.

Almiron showed signs of finding form towards the end of last season and has carried that into pre-season, having scored six goals across the Magpies’ pre-season fixtures.

Miggy at the double on Tuesday. 🔥🇵🇾 pic.twitter.com/rvGJBI0PqA

The 28-year-old has largely failed to live up to expectations since signing for £21m from Atlanta United, a then-club record and the highest fee for an MLS player.

However, a run of goals this summer has raised hopes that Almiron can be a major contributor this season. The Paraguayan could be the next underperforming asset to turn his fortunes around under Eddie Howe, with the likes of Joelinton, Fabian Schar and Emil Krafth having all been revitalised under the former Bournemouth boss.

Few would have been surprised if Rodrigo had joined the exits at Leeds this season, with the summer recruitment of Jesse Marsch having seen the likes of Brenden Aaronson and Luis Sinisterra join the ranks to provide competition for attacking midfield roles.

The 31-year-old has struggled for consistent form since making a £27m club-record move to Elland Road, but has placed himself at the forefront of Marsch’s thoughts ahead of the opening weekend.

Rodrigo has scored five goals in five fixtures for Leeds during pre-season, including a hat-trick as Cagliari were thrashed 6-2 in Leeds’ final friendly of the summer.

“Let’s say he’s had a good pre-season,” Marsch said after the midfielder’s treble, as per the Yorkshire Evening Post.

“For me, it’s really pleasing to see him play so well. I’m really happy for him. And I think he’s growing into the team more and more and more.”

Goals were in short supply for Leeds last season as Patrick Bamford struggled with injuries, with only Wolves having scored less among the teams who survived the drop. Marsch will hope Rodrigo can help alleviate the pressure on the returning Bamford, after finding his goalscoring form in pre-season.

Leon Bailey’s arrival was viewed as a coup for Aston Villa last summer, but the winger saw his debut season decimated with injury problems.

The Jamaica international arrived with a burgeoning reputation from Bayer Leverkusen, having scored nine goals and created a further eight during his final season in the Bundesliga.

Villa fans failed to see the best of the £25m addition last season, but a full pre-season has provided Bailey with the chance to send Steven Gerrard a reminder of his talents.

Three goals and assist this summer have seen the winger state his claim for a place in the side as Villa begin their Premier League campaign against Bournemouth this weekend.

“It feels amazing. I feel good, I trust my body more. This is what I’ve always wanted to do for the club, and I will always try and give 100% any time I get the chance to do so,” Bailey told VillaTV.

“It’s nice to score goals and give assists for the team, but more so in this pre-season it’s helped a lot to give me confidence in my body again. It was rough due to injury last year but I feel good about this season and I’m looking forward to it.”