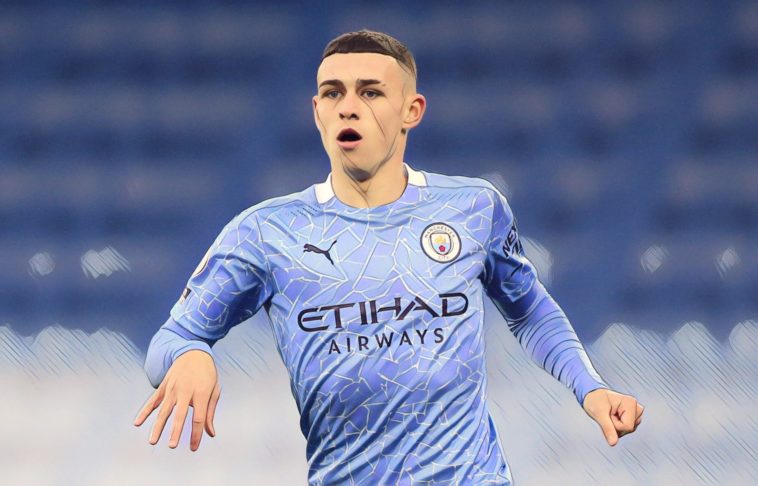 Manchester City are set to open talks with Phil Foden to treble his wages, following the youngster’s hugely impressive impact this season.

While the 20-year-old has been a fixture of the City first-team since his debut back in 2017, the current campaign has undoubtedly been his most impressive to date, the versatile midfielder having shone as part of Guardiola’s quadruple-chasing side.

Having been earmarked as the heir to David Silva in the past, the England international has been used much more regularly since the Spaniard’s departure in the summer, albeit in more of a forward role for much of the campaign.

At times at the expense of compatriot Raheem Sterling, Foden has been deployed all across the front three, including as a false nine on a number of occasions in Guardiola’s fluid system, with the academy star having gone on to net 13 times and register nine assists in all competitions this season.

According to the Mirror, City are now set to reward the hugely talented youngster for his fine form with a new, improved contract that would treble his current wage deal.

Foden previously signed a new £30,000-a-week contract back in December 2018, although the report suggests that he will be handed a new two-year extension worth £100,000-a-week, extending his deal until 2026.

This news of a bumper new contract comes after the Englishman netted winning strikes in both legs of City’s Champions League quarter-final clash with Borussia Dortmund, the club’s 4-2 aggregate victory sending them through to the semi-final’s of the competition for the first time under Guardiola.

Such displays have undoubtedly caught the attention of clubs around Europe, the report suggesting that City are keen to ward off any potential interest with this new contract and that their preference is for it to be agreed prior to this summer’s European Championship’s, with fears that interest in the player will grow should he impress for the Three Lions.

The league leaders have already managed to tie another first-team star down to a new deal, Kevin De Bruyne having committed his future to the Etihad just over a week ago.