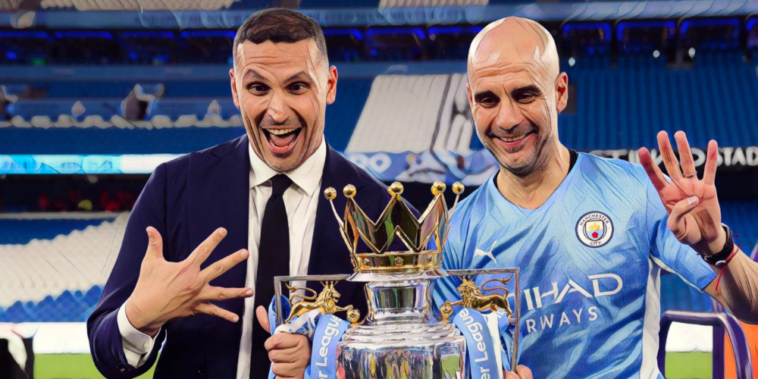 Manchester City are hoping to make a ‘couple more’ signings following the deals for Erling Haaland and Julian Alvarez, according to chairman Khaldoon Al Mubarak.

City have secured the statement signing of the summer so far after agreeing a deal for Borussia Dortmund forward Haaland, who will arrive at the Etihad having scored 86 goals in 89 appearances for the Bundesliga side.

The Premier League champions have further added to their attacking options with the capture of Alvarez, with a deal having been agreed with River Plate in January for the 22-year-old who is regarded as one of South America’s most exciting talents.

Mubarak has discussed the club’s summer business and revealed there are plans for more additions as Pep Guardiola’s side look to strengthen ahead of their title defence.

“I can confirm that there will be more players coming in,” Mubarak told City’s website. “We’ve made two very important additions already but I anticipate we will be doing a couple more. We are looking to strengthen the team in the areas we need strengthening. Every season some players leave and we have to refresh the team. We always look at improving and strengthening.

“We will try to go as fast as we can but it depends on the market. If it was up to me, they would all be done on July 1 [when the window opens].”

City’s remaining business is likely to centre around a defensive midfielder and full-back, with Fernandinho having departed after nine seasons in English football.

Guardiola’s side have also been linked with Brighton left-back Marc Cucurella as the club look to add to their options with the signing of a natural left-footer.

Mubarak also opened up on the signing of Haaland after City beat off competition from Europe’s elite to land the Norwegian, who he revealed has been on the club’s radar for several seasons.

“From his early days in Norway and moving on to Dortmund, he has been on our radar for four or five years. It is a testament to him not being just a great player but a smart player who saw the potential of what he can do and how he can develop as part of this team and being coached under Pep Guardiola.”