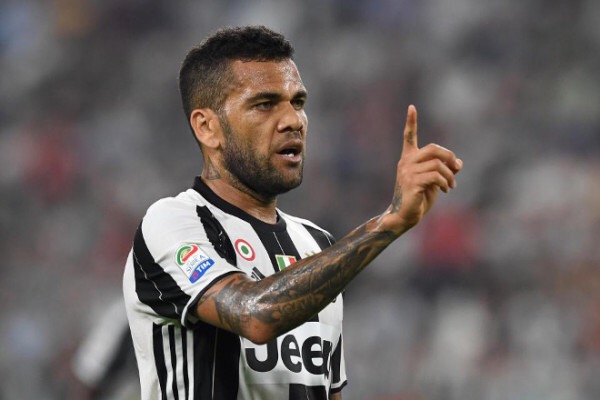 Manchester City have been linked with a £5m move for Dani Alves, but why is he so cheap?

Most recently, transfer rumours have been circulating that City will make a move for Dani Alves in the coming weeks. He is an obvious target, considering both City’s desperate need for full backs and Alves’s impressive track record at Barcelona and, most recently, at Turin.

Curiously, the prospective prices thrown around by ‘in-the-knows’ on twitter usually come near £5m. What a bargain for a player of his stature! But there are clear explanations for such a low price, which we well enumerate today.

One of the most important pieces when working out a transfer fee is the player’s age. If the player is young, he can potentially provide years and years of high level service for the buying club, making him a more valuable asset and driving up his price.

Conversely, older players are difficult to sell at a high fee, because their fitness is more liable to wane in the foreseeable future, driving their price down. We see this effect coming into play in respect to Dani Alves’s potential fee.

At 34, and playing a position that requires the player to be in a high level of fitness, it can only be expected for Alves to play truly competitively for as little as a single season. With so little World Class football left in him, it would be difficult for Juve to justify one of the astronomical price tags City fans have been used to seeing for their transfer targets. If City conduct their negotiations properly, they could do very well to keep a price for Alves in the single-digit millions.

Also important when determining a transfer fee is how long the player has left on his contract. When a contract runs out, the player becomes a free agent, and his club will find it difficult to charge a high fee for his transfer as the termination of his contract draws near. This situation is being felt in the case of Dani Alves.

With only one year left on his contract, Juventus are more willing to take some money now rather than no money next year at the departure of the Brazilian.

As a short closing note, it is important to note that Italian-league players are notorious for struggling to adapt to the physically aggressive style of English football.

Time and time again have promising Serie A stars transferred to big English clubs with high expectations, only to fall well short. City will definitely mention this during negotiations in an effort to drive his price down.

Despite these factors, signing Dani Alves for £5m would be a fantastic piece of business of Man City and Pep Guardiola.