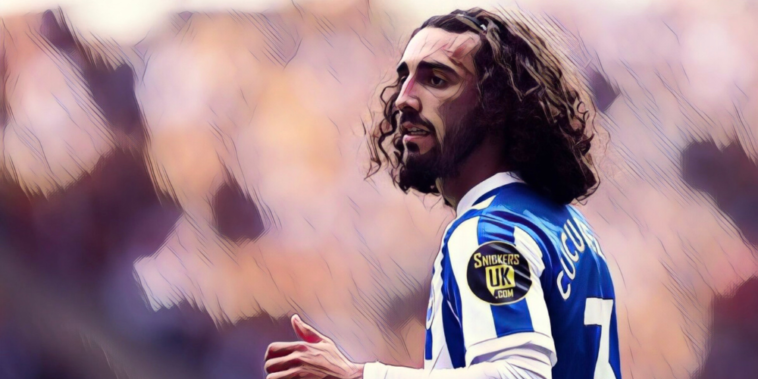 Manchester City are said to be ready to walk away from a deal to sign Brighton defender Marc Cucurella and move on to alternative targets.

Pep Guardiola is interested in a deal to bring Cucurella to the Etihad as City look to reinforce their full-back options before the closure of the transfer window.

However, Brighton’s £50m valuation of Cucurella has seen a deal stall with the Seagulls refusing to open negotiations until their price-tag is met.

City saw an opening offer of £30m rejected earlier in the window and the two clubs remain a significant distance apart in their valuations despite further talks.

Cucurella submitted a transfer request at the Amex Stadium last week and missed the Seagulls’ friendly with Espanyol at the weekend, though Brighton’s refusal to lower their demands could now lead to Guardiola moving on to alternative targets.

The Mail are reporting that Stuttgart’s Borna Sosa and Benfica’s Alex Grimaldo are two names on City’s radar, should a compromise on Cucurella not be found.

City are looking to add competition for Joao Cancelo at left-back, following the decision to allow Oleksandr Zinchenko to leave for Arsenal.