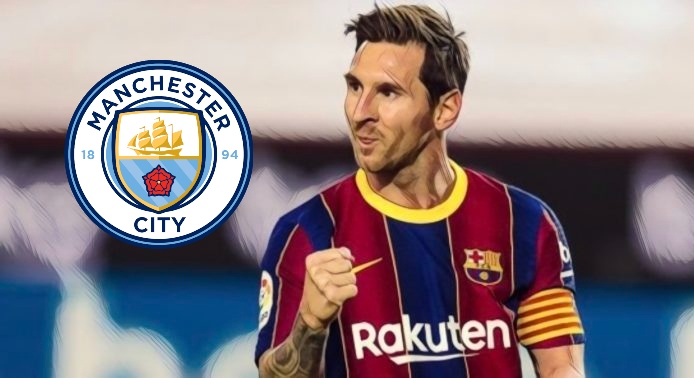 Manchester City are reportedly set to try and tempt wantaway Barcelona star Lionel Messi to the Etihad with a long-term project, as speculation continues to mount over the Argentine’s future.

The summer transfer window was dominated by talk of a potential departure from the Nou Camp for Messi and a potential reunion with Pep Guardiola, and with no such move materialising he seemingly remains unsettled at Barcelona.

However, recent issues at the club regarding its current direction have left Messi feeling disillusioned, and with just one year remaining on his current contract there is a very real possibility he will be leaving his current club for free next summer.

With his contract expiring next year, clubs will be able to begin negotiations for the forward on January 1st, with City set to be front of the queue to snap up one of football’s greatest ever talents.

According to the Daily Mail, Guardiola and the City hierarchy are set to entice Messi to England with a proposal that would extend his affiliation with the club beyond playing in the Premier League.

The report suggests that City Football Group (CFG) are willing to pitch a 10-year plan to the Barcelona man, which would see potentially see him lineup for one of the group’s other outfits, including the likes of New York City in MLS, as well as potentially taking on an ambassadorial role once his playing career is over.

CFG are reportedly excited by the financial possibilities that bringing Messi on board would offer, although it is unclear at this stage as to whether the six-time Ballon d’Or winner would agree to any such project.

One factor that may enhance City and CFG’s chances of capturing their target in 2021 is the fact that Guardiola recently signed a two-year contract extension.

The two men won 14 trophies together in a remarkable four-year spell at the Nou Camp and the prospect of reuniting may be too good an offer to turn down for the Barcelona forward.

Read: The alarming numbers behind Man City’s recent decline in the Premier League