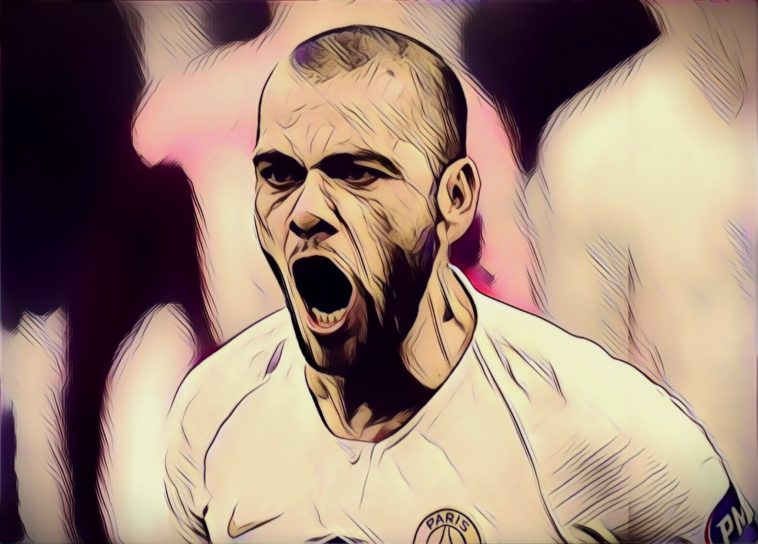 Manchester City are considering a move for veteran free-agent Dani Alves, as Pep Guardiola looks to strengthen his options at full-back.

The Brazil international is available on a free transfer after leaving Paris Saint-Germain this summer, with Guardiola familiar with the right-back from their time together at Barcelona.

Alves joined Barcelona soon after Guardiola’s appointment at the Nou Camp in 2008, winning three La Liga titles and two Champions Leagues together before the Spaniard’s departure as manager in 2012.

According to the Mail, Guardiola is considering a reunion with Alves at the Etihad, with the Premier League champions keen to strengthen at right-back. England international Kyle Walker has signed a new deal with the club, however, there are doubts over Danilo’s future and the former Real Madrid player could be allowed to leave this summer.

Despite having recently turned 36-years-old, Alves proved at this summer’s Copa America that he can still compete at the highest level, captaining Brazil to a first tournament success since 2007, claiming the 40th trophy of his career.

Man City had been linked with a move for Juventus’ Joao Cancelo, however, Alves could prove a sensible acquisition with the player familiar to Guardiola’s style and methods.

The former Sevilla and Juventus star would represent a low-risk, short-term option, as City aim to win a third consecutive Premier League title.