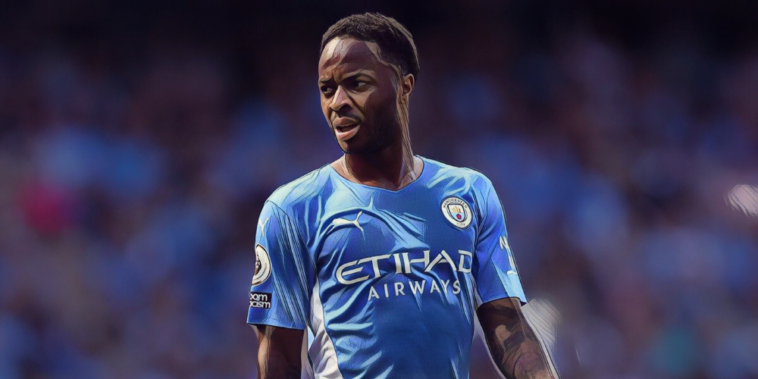 Real Madrid are reportedly set to turn to Manchester City winger Raheem Sterling after missing out on Erling Haaland and Kylian Mbappe.

The Spanish champions want to strengthen their attacking options this summer but have been frustrated in pursuits of Haaland and Mbappe.

Haaland turned down a move to Madrid in order to sign for Manchester City from Borussia Dortmund, whilst Mbappe – widely expected to join Real on a free transfer this summer – has signed a new contract with PSG that makes the forward the highest-paid player in world football.

The Star are reporting that Sterling has now emerged as a potential alternative with uncertainty surrounding the future of the England international.

Sterling will have just 12 months on his deal this summer and has struggled to command an automatic role in Pep Guardiola’s plans, with the 27-year-old having failed to start in both legs of the club’s Champions League semi-final loss to his reported suitors.

Sterling has spoken previously on his admiration for Real Madrid and ambition to play abroad, whilst a move to La Liga could offer him more regular football leading into the 2022 World Cup in Qatar.