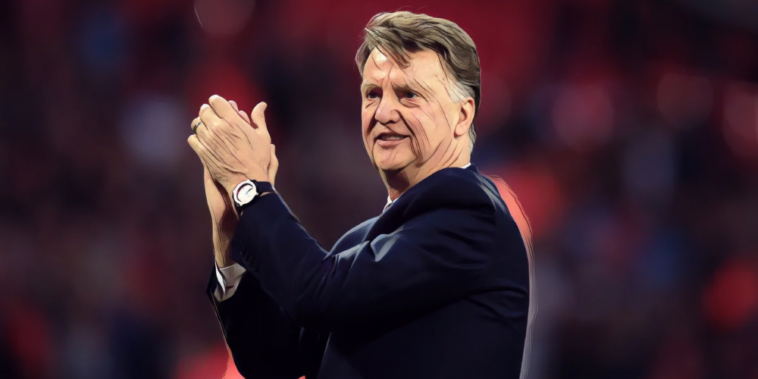 Louis van Gaal is back in management after being appointed as the new head coach of the Netherlands, the Dutchman taking charge of the national side for the third time in his career to date.

Following the 69-year-old’s return to the dugout with the Oranje, we look at Van Gaal’s win percentage at each of his managerial jobs.

Van Gaal was named as Ajax manager in the early nineties, returning to the side where he began his playing career without ever making a senior appearance.

The novice coach guided the Amsterdam outfit to UEFA Cup success during his second season in charge and laid the foundations for an unforgettable era, introducing emerging talents such as Clarence Seedorf, Edgar Davids, Patrick Kluivert and Marc Overmars into the senior side.

Van Gaal led Ajax to three consecutive Eredivisie titles between 1994 and 1996, the second of those coming amid the club’s greatest ever campaign as the Dutch side won a league and Champions League double without defeat.

Victory over AC Milan crowned Ajax as European champions for the first time since the 1970s, before Van Gaal’s side reached a second successive Champions League final the following season.

He departed the club in 1997 after winning 11 trophies in just six seasons and with a win percentage of 68.3% – the highest of his managerial career.

Van Gaal’s achievements at Ajax had drawn comparisons to Johan Cruyff and he followed in his compatriot’s footsteps after being appointed Barcelona manager.

His first season saw Barcelona claim a first La Liga and Copa del Rey double in 39 years, whilst the UEFA Super Cup was also added to an ever-increasing collection of silverware.

Van Gaal’s side retained the title the following season as his Dutch principles were implemented at the Camp Nou, but his reign soon began to encounter difficulties amid a strained relationship with the press and star player Rivaldo.

Van Gaal resigned in 2000, uttering the words “Friends of the press. I am leaving. Congratulations.” after Barcelona missed out on the title to Deportivo La Coruna, but returned after a spell managing the Netherlands national team two seasons later.

His second spell lasted less than a single season as he left by mutual consent in January 2003, with Barcelona languishing in 12th.

Van Gaal returned to management with AZ Alkmaar in 2005 after a period as technical director at Ajax, overseeing a period that saw the club compete with Dutch football’s traditional giants.

AZ finished as runners-up during his debut season before a third-place finish the following campaign, but he announced his decision to leave following a disappointing 2007/08 season in which the club finished 11th.

However, Van Gaal performed a U-turn on that decision in a move that had spectacular consequences, as AZ were crowned champions of the Netherlands following a brilliant 2008/09 season.

Van Gaal amassed a win percentage of 56.3% with AZ, leading the club to only their second league title and first since 1981.

The Dutchman’s achievements at AZ provided a reminder of his managerial qualities and Bayern Munich moved to appoint Van Gaal following his title success in the Netherlands.

After an inauspicious start to his reign, Bayern – inspired by summer signing Arjen Robben – improved to secure a league and cup double, before missing out on treble success following defeat to Inter Milan in the Champions League final.

Van Gaal’s reign also saw him promote academy players such as Thomas Muller into the side, but he failed to build upon a positive first season and was sacked in April 2011 following a poor run of form.

Van Gaal’s appointment as the new manager of the Netherlands this week will be his third stint in charge of the national side, though his first reign ended in embarrassing fashion as the Dutch missed out on qualification for the 2002 World Cup – failing to reach the tournament for the first time since 1986.

He returned for a more successful spell a decade later, guiding the Netherlands throughout a successful 2014 World Cup campaign that included a 5-1 thrashing of holders Spain.

Their run memorably saw Van Gaal substitute his goalkeeper ahead of a penalty shoot-out victory over Costa Rica in the last eight, though the Dutch saw their run ended on penalties in the semi-finals following a goalless draw with Argentina.

He stepped down following the tournament to take charge of Manchester United, boasting a win percentage of 62.8% across his two spells.

Van Gaal’s most recent club role came in the Premier League at Manchester United, as the Red Devils sought a marquee manager following the failure of David Moyes at Old Trafford.

The Dutchman was backed during his first summer and splashed out a British transfer-record sum on the signing of Angel Di Maria, in addition to headline arrivals including Radamel Falcao and Luke Shaw.

The investment failed to pay off however as United finished the season in fourth, though a return to Champions League football provided Van Gaal with further time to make an impression.

However, a total of just 49 goals – the club’s lowest since 1989/90 – saw the Red Devils finish fifth, with FA Cup success not enough to save his position as Van Gaal was sacked just two days later.

His win percentage of just 52.4% is the lowest of any of his managerial roles to date.