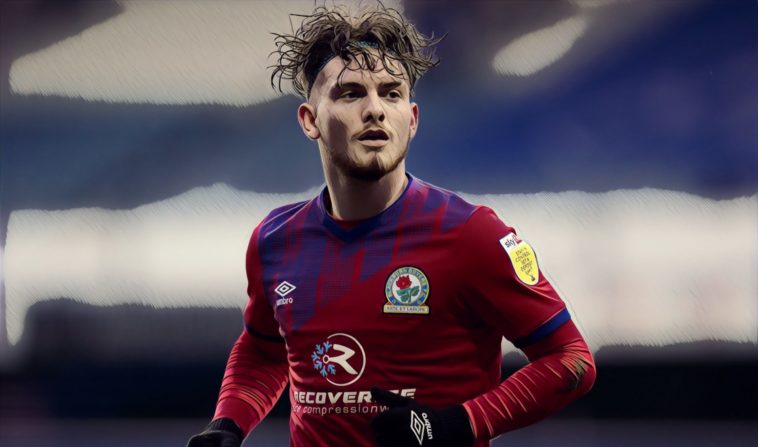 In a new series where The Football Faithful will be checking in on the progress of Premier League loanees this season, we take in-depth look at how Liverpool youngster Harvey Elliott is getting on at Blackburn Rovers.

The intimidating three-pronged attack of Liverpool Football Club that has terrorised defenses up and down the country, and all across the continent, has been nigh-on untouchable for four seasons now. Since 2017 the first names on Jurgen Klopp’s teamsheet – when fit – have been Mohamed Salah, Roberto Firmino and Sadio Mane, but with each of them approaching 30, the club has begun to broach a contingency plan in the likeness their productivity tails off in just a few seasons time.

Xherdan Shaqiri, Takumi Minamino and Diogo Jota have all been drafted in – to varying degrees of success – initially to provide cover and competition to arguably the greatest frontline in world football, but with the long term plan of eventually transitioning into first choices. One young forward Liverpool have plenty of hope pinned on is 17-year-old Harvey Elliott, currently on loan with Championship side Blackburn.

Originally earmarked for a sizeable chunk of game time in a Liverpool shirt this season, Elliott’s move to Ewood Park came about swiftly on the final day of the transfer window in October. While Premier League minutes were going to be hard to come by for the young lad from Surrey – with the Champions of England fighting on four fronts – the plan was for Elliott to pick up some starting berths in the League Cup, maybe the odd substitute appearance in the league, and to provide fresh legs in the dying minutes of a dead rubber in the Champions League group stage against Midtjylland to see if he sank or swam.

However, within weeks of the season beginning that program went up in smoke. Liverpool’s early exit from the Carabao Cup coupled with the club failing to effectively clear its logjam or superfluous forwards – the suggested departure of Shaqiri allegedly failed to materialise – meant that any minutes set aside for Elliott would be eaten up by attackers currently higher up the pecking order, and so up the M6 he went.

With this move came the opportunity to work under Tony Mowbray, a coach who in the past has worked with the likes of Ryan Kent and James Maddison, and the assurance that Elliott would take up the role of creative heartbeat in the Riversiders attack in conjunction with an exciting young front line of their own.

Liverpool and Blackburn fans have, for the time being, every right to be excited by Elliott. Appearing in every one of Rovers’ league games, Elliott’s ten assists is second only to Norwich City’s Emi Buendia (12) this season in the goal creation charts. Although assists are not the be-all and end-all, he is nevertheless putting on a creative masterclass in a famously attritional and physically taxing league.

The 17-year-old has also contributed five goals towards Rovers’ playoff push in his twenty-six starts including a stunning, cushioned strike with the instep of his left foot against Millwall just prior to Christmas. His close control is tremendous and his ability to pick out a killer ball when needed is proving to be exactly the kind of service forwards Adam Armstrong, Ben Brereton and Sam Gallagher can thrive off.

Tenacious and robust, Elliott has also proven himself to be versatile when called upon, cropping up most regularly on the right-hand side but also capable of taking up positions in the middle of the park. Elliott’s excellent ball retention and choice of passing make him very difficult to dispossess and highly likely to thread an inch-perfect pass to a forward when the opportunity arises. Despite Blackburn languishing towards the bottom third of the table and his tender age, Elliott is more than holding his own at this level.

His management and understanding of the game is proving to be the jewel in his crown. Elliott knows when to release the ball to a teammate; when to dribble forward; when to strike for goal himself; where to be on the pitch and when – there’s an incredibly high footballing IQ on such young shoulders here.

If we compare Harvey Elliott to another of Liverpool’s prized young assets of recent years, Harry Wilson – currently on loan at fellow Championship side Cardiff City – Elliott has already begun to eclipse his peer. Wilson shone while on loan at Frank Lampard’s Derby County™ three seasons ago in a team littered with bright, young talent. Wilson was heralded among Liverpool fans for breaking into their underage sides at the tender age of 15, later going on to break the Welsh record for youngest debutant at just 16.

Elliott, meanwhile, broke into the Fulham first-team during an admittedly disastrous year for the club as they suffered relegation, becoming the youngest Premier League debutant in the process at just 16 years and 30 days of age. While stepping up an age group or two is admirable, scouts and fans alike are of the opinion that what Elliott has accomplished thus far is extraordinary. Even the best laid plans are subject to change at a moment’s notice and with that in mind, all of these bonus minutes of first team, meaningful football will in time prove invaluable.

A talent destined for the very top…🚀

We look at some of Harvey Elliott's best goals and assists for Blackburn as he continues to impress in the Championship! 🔥pic.twitter.com/Y4SkF6L98W

Liverpool are a club that have effectively and, at times, effortlessly ushered young players into the starting XI under Jurgen Klopp without the need for incubative loan spells elsewhere. Trent Alexander-Arnold is probably the best example of a player flourishing in Liverpool’s youth ranks before seizing their first-team opportunity with both hands; the likes of Curtis Jones and Neco Williams have trodden a similar path without the need to leave Anfield.

While this season’s loan to Blackburn wasn’t originally on the cards, Harvey Elliott has proven to be one of the brightest stars in this year’s Championship campaign and could well find himself in line to gobble up more first-team minutes in red when he returns home, ready for pre-season in July.