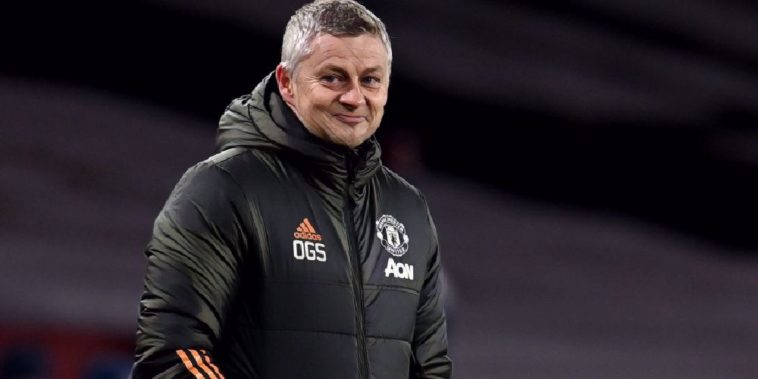 Ole Gunnar Solskjaer has revealed which member of Manchester United’s treble-winning team he would love to add to his current squad.

Solskjaer formed part of the squad that won a historic treble during the 1998/99 season, becoming the first – and so far only – English side to win the Champions League, Premier League and FA Cup in the same campaign.

The Norwegian is now tasked with bringing success back to Manchester United in his role as manager and was posed the question on the Red Devils’ treble winners during a fan Q&A, giving his verdict on which former player he’d love to add to his current options.

“They were all unbelievable individuals in a fantastic team,” Solskjaer told Sky Sports.

“There’s some absolute top players there that you’d have skills and attributes for every single player – you’d want Becks’s crosses, you’d want Giggs’s dribbles, Jaap’s dominance at the back, Ronny Johnsen’s pace, Scholes’s everything.

“You want every one of them, to be fair, but I’ve always said it and I have to say it again, if I choose one player: Roy Keane.”

Solskjaer opened up on the influence that Keane had on the club’s treble-winning side and says the midfielder brought leadership and drive to the side.

United’s 1998/99 squad was amongst the finest English football has seen and contained many influential figures within the Old Trafford dressing room, though Solskjaer revealed that it was Keane who was the undisputed leader despite the vocal presence of Gary Neville.

“We listened more to Roy than we did to Gary, that’s for sure!” he joked.

“Gary was always talking too much, and he still does. That’s just Gary and we’ve got used to it.

“He’s got good opinions, and both of them were very vocal. But if there’s one you wouldn’t go against, it’s Roy Keane.”

Read – David Moyes and the enduring relevance of ‘old-fashioned’ coaching