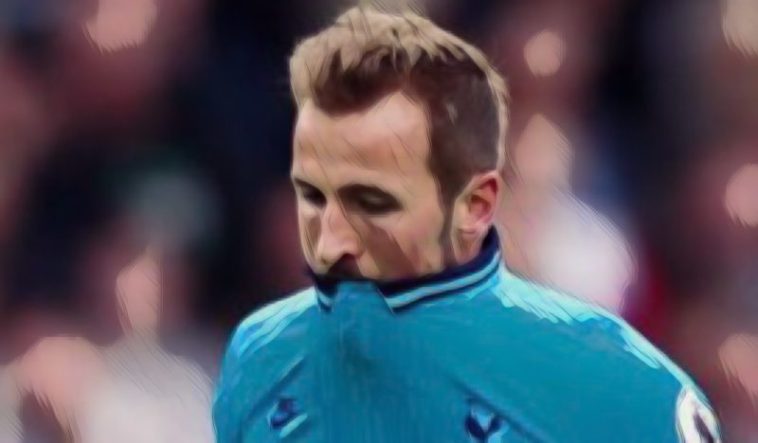 An enthralling weekend of Premier League action saw shock results have major consequences at either end of the division, whilst a pair of teenage debutants enjoyed weekend’s to saviour.

The league table is now truly beginning to take shape following the eighth round of fixtures of the new campaign, and here’s five things we learned from the most the best of this weekend’s action…

Both sides will have had high hopes of enjoying successful seasons following significant summer outlays, though just eight weeks into the new campaign, both appear to be in crisis.

Tottenham followed their midweek humiliation at the hands of Bayern Munich with an even poorer performance at Brighton, their abject display seeing them thrashed by Graham Potter’s side who recorded just their second league win of the season.

There appears to be major unrest within the North London club and the pressure continues to mount, their loss at Brighton extending their winless run away from home to 10 league games.

Enter Ole Gunnar Solskjaer’s Manchester United, who can trump their so-called ‘top-four rivals’ with their own 11-game winless run ina all competitions away from Old Trafford following their defeat at struggling Newcastle.

Facing a Newcastle side coming off the back of a 5-0 thrashing at Leicester and under the guidance of Steve Bruce who had failed to beat United in 22 previous attempts as a manager, it seemed the right fixture to get their season back on track. Oh, how they were wrong.

Debutant Matty Longstaff scored the game’s only goal, as United’s familiar flaws of a lack of creativity, imagination and general quality were once again abundantly evident.

Both sides are struggling, and it may get worse before it gets better.

For all the talk of Manchester United’s latest collapse at St James’ Park, it is important to look at the positives for hosts Newcastle following a vital win for Steve Bruce’s side.

The Newcastle boss has been under immense pressure following his unpopular appointment as Rafael Benitez’s successor, with a poor start to the season and last weekend’s 5-0 thrashing at Leicester further increasing the hostility towards his position.

What better way to improve relations with the fans then secure an upset victory over a former great rival, the win being made even sweeter by the match-winning performance of debutant Matty Longstaff.

The local lad was handed his opportunity by Bruce, lining up alongside older brother Sean in midfield and immediately winning the hearts of the Geordie faithful.

The 19-year-old produced a Man of the Match performance, capped with his sweetly struck winner, becoming the youngest debutant to score for the club in the Premier League.

Add in the return of former favourite Andy Carroll following his decision to re-join the Magpies during the summer, and the sight of Newcastle natives in their side will increase optimism during an often frustrating period on Tyneside.

Matty Longstaff on scoring on his debut…

🗣" I had butterflies from the moment he (Bruce) said my name" pic.twitter.com/EQ2sFMvtAV

Milner the man for the occasion for Liverpool

For all the plaudits lavished upon stars such as Mohamed Salah, Sadio Mane and Virgil van Dijk, it can be argued that Liverpool’s incredible winning run could not have been achieved without the presence of some of Jurgen Klopp’s most trusted lieutenants.

The likes of Jordan Henderson and Georginio Wijnaldum are often the unsung heroes in Klopp’s side, though it was their most experienced player who kept his cool in the heat of battle this weekend.

Despite the 33-year-old’s famed fitness levels, James Milner has had to wait for his opportunity in the Liverpool side this season but played a crucial role in just his second start of the campaign.

The visit of in-form Leicester and former manager Brendan Rodgers provided a potential banana skin to Liverpool’s flawless start, and but for Milner, the club may have dropped their first points of the season.

The midfielder’s brilliant ball into the path of Sadio Mane allowed the Senegalese forward to put the Reds ahead, but his most testing moment came late in the contest. After seeing James Maddison level for Leicester, Liverpool were presented the opportunity to snatch a late victory with a controversially awarded penalty in the 95th minute.

Milner duly kept his cool to seal a vital win, and as one of the few player’s in the Liverpool squad with title-winning experience, is likely to be a key figure in the months to come.

📊 | Extending his record. James Milner has scored in 53 Premier League games in his career and never lost (42 wins, 11 draws) – a competition record. pic.twitter.com/6cf792ELZH

Adama Traore turns it on

Wolves‘ stunning upset of the champions may have been a major shock, but perhaps one of the most surprising elements of their victory over Manchester City was the ruthlessness of flying winger Adama Traore.

The former Barcelona youth star has often been an enigmatic footballer, blessed with formidable physical attributes and an ability to ghost past players at will. For all his undoubted qualities, however, his lack of end product has often been used as a stick to beat him with.

Prior to Wolves trip to the Etihad, Traore had scored just once in 49 appearances for the Midlands club, though few would have known that given his clinical brace on the counter-attack to seal victory for Nuno Espirito Santo’s side.

Having started the game at wing-back, keeping Raheem Sterling quiet in the process, the 23-year-old was pushed further forward where his blistering pace could cause damage on the counter.

The tactic duly worked as he twice used his blistering pace to race clear and calmly finish, and if Wolves can coax these can of performances out of the winger on a regular basis, it could spell trouble for Premier League defences.

Jack Grealish has often been a divisive figure amongst football fans, given some of his perhaps ill-advised antics as a young player, though he seems to have matured since being handed the captaincy at Aston Villa.

Speak to those in regular attendance at Villa Park, and the 24-year-old should be considered amongst English football’s best creative midfielders, though those outside of the club’s circles remain yet to be convinced.

Against Norwich this weekend Grealish showcased just why he is so highly regarded, with the midfielder at the heartbeat of an impressive Villa victory.

He would score his first top-flight goal since Villa’s return to the top flight, whilst also being central to his side’s best attacking moves during their 5-1 win at Carrow Road.

The likes of James Maddison and Mason Mount are the current frontrunners to help solve the creative dearth in England’s midfield, though if Grealish can produce this sort of performance on a consistent basis he could force his way into contention.