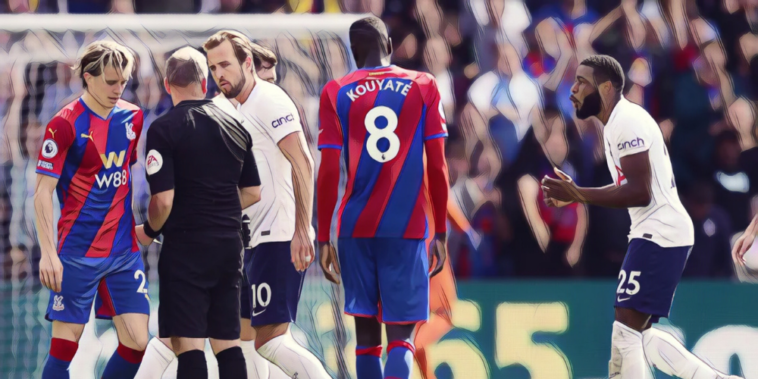 Hugo Lloris admits Tottenham’s 3-0 defeat at Crystal Palace was ‘painful’ as the league leaders were thrashed at Selhurst Park.

Spurs perfect start to the season under Nuno Espirito Santo came crashing to an end against the Eagles, with debutant Odsonne Edouard coming off the bench to score twice for Palace following his deadline day arrival from Celtic.

Wilfried Zaha had handed Palace the lead from the penalty spot in the second half, after Japhet Tanganga had been dismissed for booking up two bookings in quick succession – his first coming after a heated altercation with Zaha.

Palace were deserving of their first win under Patrick Vieira, growing into the contest following a first-half that saw limited action.

Spurs were lacklustre throughout and struggled to create opportunities against the home side, with Lloris admitting the club’s first defeat of the season was ‘painful’ to accept.

“It was a tough game as expected. Obviously a few things turned the game the other way. The injury of Eric Dier and then red card for Japhet Tanganga,” Lloris told BT Sport.

“There was the penalty – a lot of things. We will learn from that. In the end it is a bit painful but we have to learn from this defeat and stand up together.”

Lloris also discussed Tanganga’s red card, with the young defender dismissed for after picking up to yellow cards within the space of just five second-half minutes.

The 22-year-old’s second came after a reckless lunge on Jordan Ayew and Lloris believes the academy graduate will lean from a difficult afternoon at Selhurst Park.

“When he got the first yellow he has to adapt but he is full of talent and will learn from that.”