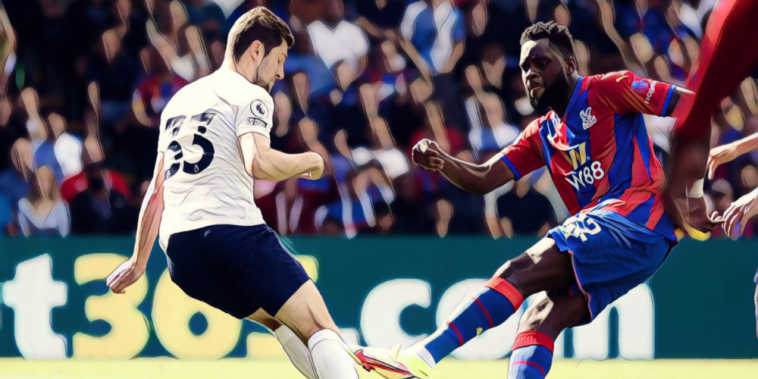 Odsonne Edouard introduced himself to the Crystal Palace supporters after coming off the bench to score twice as the Eagles thrashed league leaders Tottenham 3-0.

Substitute Edouard made an immediate impact after his summer arrival from Celtic with two well-taken second-half goals, after Wilfried Zaha opened the scoring from the penalty spot to seal the first victory of Patrick Vieira’s reign against Spurs, who were reduced to 10 men after Japhet Tanganga was dismissed for two bookings in quick succession.

Palace were well worth the three points in an encouraging performance, against a Spurs side that looked lethargic throughout.

Zaha proved the protagonist of the action early into the second period as Palace increased the pressure and was involved in a heated exchange with Tanganga, a reckless challenge from the Tottenham centre-back provoking an angry reaction from Zaha as tempers threatened to spill over.

Both players were cautioned, with the game turning just minutes later as Tanganga was dismissed, a reckless lunge on Jordan Ayew resulting in a second booking in quick succession.

The breakthrough eventually came as Davies’ handball presented Zaha with a penalty, before deadline day signing Edouard introduced himself to English football in stunning style, scoring with virtually his first involvement in a Palace shirt before sealing derby success with a late second.