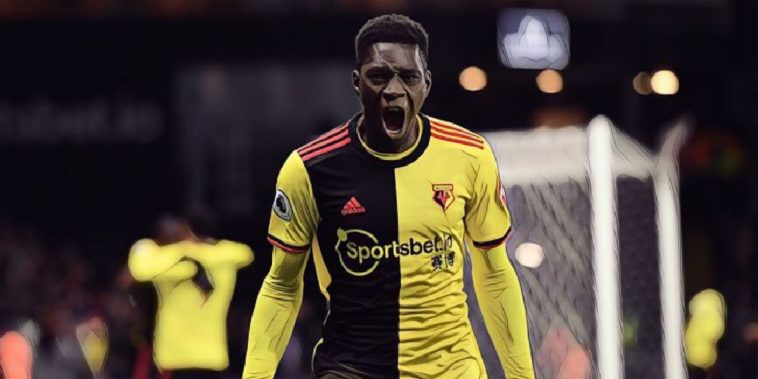 Liverpool, Wolves and Crystal Palace are amongst a number of clubs keen on signing winger Ismaila Sarr from relegated Watford.

The Senegalese international signed for Watford in a club-record deal from Rennes last summer but was unable to prevent the Hornets being relegated to the Championship this season, though the 22-year-old gained admirers following a number of impressive displays at Vicarage Road.

According to the Watford Observer, a trio of Premier League sides are monitoring the winger ahead of a potential summer move, with Liverpool reportedly interested in the player as they seek additional attacking depth.

The Premier League champions are believed to be in the market for proven back-up options to their first-choice front three with the futures of Divock Origi and Xherdan Shaqiri uncertain, and the Reds view Sarr as a player with the potential to develop in the coming seasons.

The youngster is an international teammate of Sadio Mane and impressed with an electric display against Jurgen Klopp’s side earlier this season, scoring twice and providing another as Watford dismantled the eventual champions 3-0 and ended the Merseyside clubs 44-game unbeaten run.

Wolves and Crystal Palace are also keeping tabs on the player, though it is understood their interest is dependent on the futures of Adama Traore and Wilfried Zaha respectively, with both players having been linked with summer moves away.

There is also interest in Sarr – who moved to the Premier League in a £40m deal – from abroad, clubs in both Spain and Germany tracking the winger who scored five goals and provided four assists in 22 league starts last season.