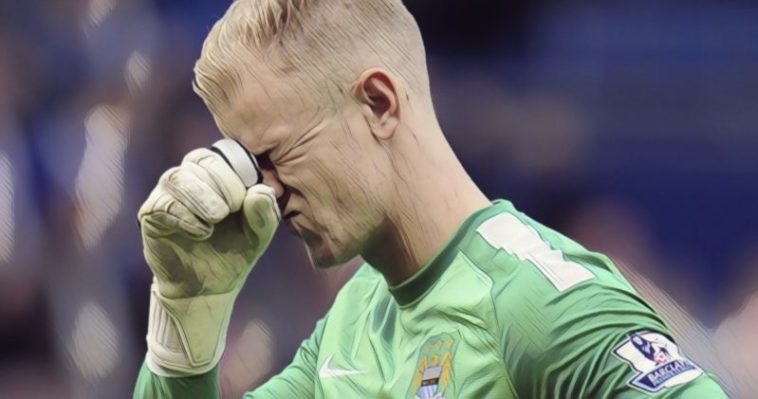 The presence of a reliable goalkeeper can be the difference between a good team and a great one, with a side’s number one capable of saving his team several potentially vital points throughout the course of a campaign.

Maintaining those levels on a consistent basis is hugely difficult amid the pressures of the Premier League, however, whilst there is often no hiding place for goalkeepers when it comes to making costly individual mistakes.

We’ve decided to look back at the most error-prone shot-stoppers of the Premier League era, a collection of footballers whose fumbles have been punished on the most occasions.

Here are the five most error prone goalkeepers in Premier League history:

Gomes spent more than a decade in English football after initially arriving at Tottenham from PSV Eindhoven in 2008, the Brazilian international signed to replace Paul Robinson as the north London side’s number one.

Gomes, however, struggled during his initial months in the Premier League and produced a series of Jekyll and Hyde performances, often mixing moments of brilliance with inexplicable and costly mistakes.

He made over a century of appearances for Spurs and despite impressing on occasion compiled a collection of goalkeeping howlers, falling out-of-favour before spending a season on-loan with Hoffenheim.

After his temporary stint in the Bundesliga, he joined Watford, helping the Hornets to promotion and establishing himself as a fans’ favourite at Vicarage Road. Gomes is expected to announce his retirement following Watford’s relegation this season, his time in English football seeing the goalkeeper make 19 errors leading directly to goals.

Joe Hart’s stock has continued to plummet in recent seasons with the goalkeeper now a shadow of the player who once enjoyed much success as Manchester City and England’s undisputed number one.

No player has won the Premier League’s Golden Glove on more occasions than Hart’s four, though the goalkeeper also has the unwanted record of being amongst the most error-prone goalkeeper’s in the division’s history.

From Premier League title winner to Burnley back-up before his release this summer, Hart has made 20 errors directly leading to opposition goals throughout his top-flight career – only three players in the division’s entire history have ever produced more.

Another former England international who proved no stranger to a goalkeeping gaffe despite a respectable and lengthy career at the highest level, Rob Green made 21 errors leading to goals during spells at Norwich, West Ham and Queens Park Rangers.

The goalkeeper’s moments of misfortune reached a nadir during QPR’s relegation in 2014/15, Green making more errors leading to goals than any other shot-stopper as Chris Ramsey’s side finished bottom of the division.

Green’s list of footballing faux pas extended beyond Premier League circles, however, including a calamitous blunder at the 2010 World Cup and pantomime ‘he’s behind you!’ moment when carelessly rolling the ball out to gift Nottingham Forest’s David Johnson a goal in 2003.

Ask any follower of the Premier League to name the division’s greatest ever goalkeepers and they will more than likely name Petr Cech amongst their contenders, the former Czech Republic international winning 14 major honours – including four Premier League titles – during a stellar career in the colours of London rivals Arsenal and Chelsea.

Cech’s landmark of 202 clean sheets is the most in the division’s history, whilst he shares the record for most Premier League Golden Glove awards alongside the aforementioned Hart with four.

The former goalkeeping great was, however, no stranger to a mistake during a lengthy Premier League career, his latter years at Arsenal littered with previously uncharacteristic mistakes including a league leading six errors leading to goals during the 2017/18 season.

Those errors contributed to a total of 24 mistakes leading directly to opposition goals, the second most of any goalkeeper in Premier League history.

Asmir Begovic is officially the most error-prone goalkeeper in the history of the Premier League, the Bosnian’s catalogue of calamities including 27 errors leading to opposition goals.

Begovic has featured amongst the most prolific mistake-makers in English football on several occasions throughout the past decade, including making a huge 10 errors leading to goals during the 2017/18 and 2018/19 seasons with Bournemouth.

That form prompted the Cherries to ship out the experienced former Stoke and Chelsea goalkeeper as he fell firmly out-of-favour on the South Coast, his extensive list of blunders somewhat implausibly leading to a loan move to seven-time European Champions AC Milan.