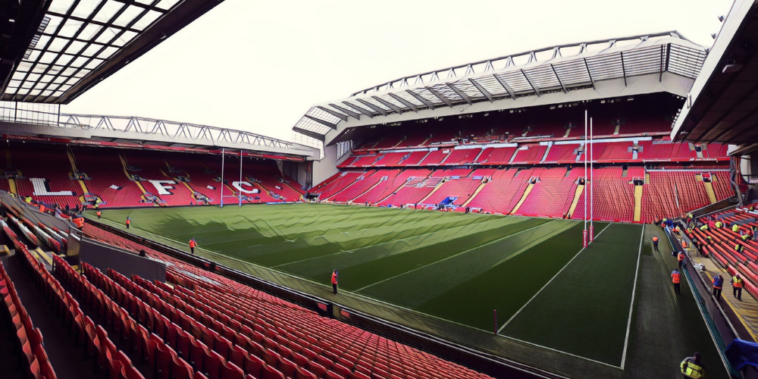 Liverpool have confirmed that work will begin next week on an expansion of Anfield.

The project will see the Anfield Road Stand of the club’s ground expanded by more than 7,000 seats, increasing the capacity of Anfield to more than 61,000 upon its completion.

Liverpool undertook ‘enabling works’ throughout pre-season in preparation for the development, with the build set to be completed throughout the season, in similar fashion to a previous expansion of the Main Stand.

The Reds have confirmed via the club’s official website that an official ground-breaking ceremony has been planned for next week, having first been awarded planning permission from Liverpool City Council in June 2021.

Anfield has also been granted permission to hold up to six concerts and major events at the stadium for a period of five seasons, whilst the project will see Anfield Road itself rerouted ‘around the footprint of the new stand’.

Managing director, Andy Hughes, spoke of his gratitude to those involved in the finalising of the project: “We have been clear from the beginning that in order for this expansion to go ahead we needed the co-operation of local residents and the community, to successfully navigate the complex planning landscape, and to ensure the project is financially viable.

“We needed certainty for this project to progress and are now in a position to be able to move forward. We began this journey in 2014 and are grateful to everyone for the contributions they have made to bring the project to this stage.”

The development is expected to be ready in time for the 2023/24 season.