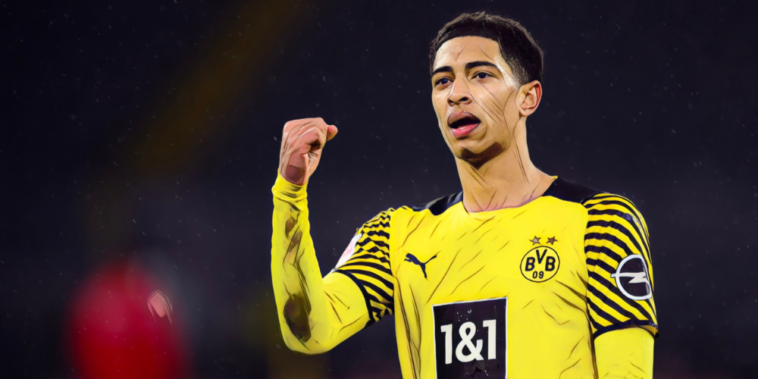 Liverpool will pursue a deal to sign Jude Bellingham next summer with the Reds having delayed their search for a new midfielder until 2023.

Jurgen Klopp had wanted to add a midfielder to his squad this summer but with the club’s leading targets deemed unattainable will postpone their pursuit until next summer’s transfer window.

Jude Bellingham remains Liverpool’s leading transfer target, though Borussia Dortmund are reluctant to lose the 18-year-old during the current window following the sale of Erling Haaland to Manchester City.

The Mirror are reporting that Liverpool will renew their interest next summer as Klopp looks to evolve his midfield with the likes of Jordan Henderson and Thiago Alcantara into their 30’s.

There is also doubts over the club’s back-up options in central areas, with Alex Oxlade-Chamberlain having fallen out of favour and linked with an exit and Naby Keita entering the final season of his contract at Anfield. James Milner has penned a new one-year deal, but will turn 37 next season.

Liverpool had made an approach to sign Aurelien Tchouameni from Monaco earlier this summer, though the France international turned down interest from the Reds and PSG to sign for Real Madrid in a deal which could reach as much as €100m.

Klopp’s side are closing in on the signing of Calvin Ramsay from Aberdeen and the teenage right-back could conclude the club’s summer business following the confirmed arrivals of Fabio Carvalho from Fulham and Benfica forward Darwin Nunez.