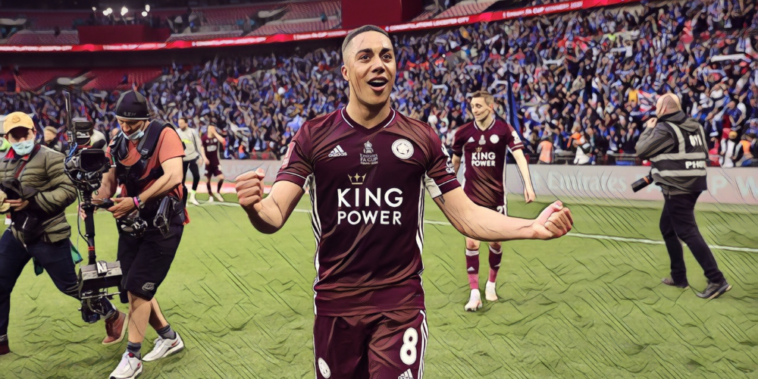 Liverpool are being linked with a move for Leicester’s FA Cup hero Youri Tielemans as the club consider midfield replacements for Georginio Wijnaldum.

Wijnaldum’s departure on a free transfer has heightened the need for reinforcements in midfield this summer, with the Netherlands international understood to be close to an agreement to sign for Barcelona ahead of the 2021/22 season.

The 30-year-old’s exit has been expected for much of the campaign and the Reds have since began the process of finding a replacement, having been linked with a host of names including Brighton midfielder Yves Bissouma.

According to Nieuwsblad, one name that has emerged as a potential target is Leicester’s Tielemans, following the Foxes’ failure to secure Champions League qualification this season.

Brendan Rodgers’ side spent a huge 36 weeks of the season in the Premier League’s top four before agonisingly falling short, with Liverpool’s own late-season resurgence seeing the Reds overhaul Leicester and secure a place in Europe’s elite.

Tielemans has been amongst Leicester’s key performers after signing from Monaco on an initial loan deal, later completing a permanent club-record £40m switch to the King Power Stadium in 2019.

The 24-year-old has already won 37 caps for Belgium and has flourished this season dictating in a deeper role, though is comfortable further forward and score nine goals in all competitions, including a stunning winner as Leicester beat Chelsea 1-0 to win the FA Cup for the first time.

Manchester United and clubs from Spain have also been linked with a player who has two years remaining on his current contract.