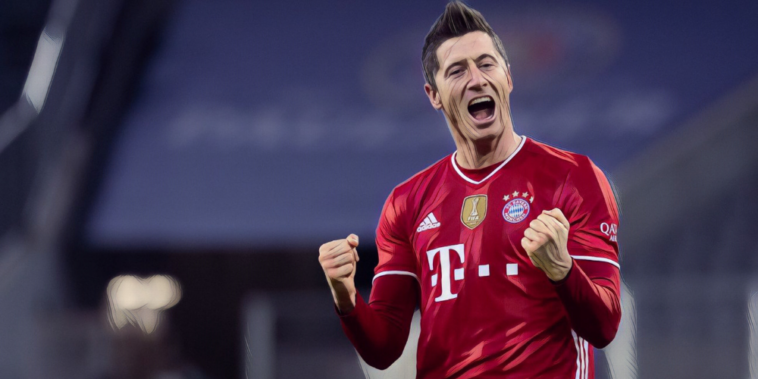 The 2020/21 season has reached its conclusion for domestic league across the continent, a fascinating if rather strange campaign coming to an end.

Manchester City were crowned as England’s champions for a third time in four seasons and will hope to add the Champions League to their Premier League title, whilst Bayern Munich predictably finished top of the pile in Germany for the ninth season in succession despite RB Leipzig’s best efforts.

In Spain, Italy and France, however, there were new champions and surprises, Atletico Madrid holding off the competition from Spain’s big two to win a first league title in seven years, whilst Inter Milan ended Juventus’ stranglehold on Serie A.

Lille also caused a stir to pip Paris Saint-Germain to the title in Ligue 1, a seismic achievement given the financial disparity between the newly-crowned champions and the Parisian giants.

Following the season’s end, we’ve decided to look at some of the star performers across Europe’s major leagues, here is every Golden Boot winner amongst the continent’s top divisions.

Harry Kane finished as the Premier League’s leading marksman following an exceptional individual season in a rather mediocre Spurs outfit, the England captain winning the division’s Golden Boot for a third time.

Kane was in brilliant form throughout the campaign to finish the season with 23 goals, his goal against Leicester on the final day of the season seeing him finish a goal ahead of Liverpool’s Mohamed Salah.

The 2020/21 season was the fifth time that Kane has reached 20+ goals in a Premier League campaign, whilst he joins Thierry Henry and Alan Shearer as the only players who have won three or more Golden Boot awards.

Kane also became just the second player – after Andy Cole in 1993/94 – to finish top of the Premier League for both goals and assists outright in the same campaign, earning the league’s Playmaker Award after a season in which he showcased greater creativity than ever before.

The 27-year-old is understood to have requested to leave Spurs in search of silverware with a host of Premier League rivals interested, the north Londoners facing the unenviable prospect of replacing the seemingly irreplaceable this summer.

For the third campaign in a row, Kylian Mbappe has finished as Ligue 1’s leading scorer after scoring 27 goals in 31 appearances for Paris Saint-Germain this season.

Mbappe’s goals saw him outscore Memphis Depay and Wissam Ben Yedder to finish as the division’s most prolific player, despite PSG falling a point shy of surprise champions Lille in the title race.

The 22-year-old has compiled an incredible goalscoring record since swapping Monaco for the French capital, scoring 91 league goals in just 107 appearances for the Parisians.

He remains arguably the most exciting talent in the game and heads into this summer’s European Championship with world champions France on the back of a career-best campaign, having scored 42 goals across all competitions in 2020/21.

Cristiano Ronaldo added more history to his ever-lasting legacy this season, despite a disappointing campaign for Juventus in Serie A.

The Portugal international became the first player to finish as the leading scorer in England, Spain and Italy, finishing five goals clear of Romelu Lukaku to win the Capocannoniere award for the first time.

Ronaldo’s 29 league goals came in just 33 appearances for the Bianconeri this season, whilst he recently surpassed a century of goals for the Turin side, meaning he has now scored 100+ goals for Manchester United, Real Madrid and Juventus.

Cristiano Ronaldo finishes the season with 29 Serie A goals 👏

The first ever player to be a top goalscorer in the Premier League, La Liga and Serie A 👑 pic.twitter.com/lgnFRYxS9f

It is an incredible achievement for a player who has shown few signs of slowing down despite being set to celebrate his 37th birthday later this year, with Ronaldo also shouldering Portugal’s hopes of retaining the European Championship ahead of this summer’s major tournament.

No prizes for guessing who finished as the leading scorer in Spanish football this season, Lionel Messi once again at his brilliant best to outscore the division for the fifth consecutive campaign and eighth time overall.

The statistics are astounding and all the more impressive given his 30-goal haul came in a Barcelona side that endured an indifferent campaign, finishing the season in third and behind both Madrid clubs in the title race.

Messi’s goalscoring numbers improved from his 2019/20 season with 38 goals in all competitions this term, the 33-year-old remaining arguably the best player in world football even in the latter stages of his career.

Enjoy every moment while it lasts 🐐 pic.twitter.com/XSAQaUjBQ3

Messi finished the season top of La Liga’s rankings for combined goals and assists, goals, shots, chances created and take-ons completed, and if Barcelona are to return to former glories they must do all they can to keep the star content.

The Argentina captain’s future is yet to be resolved as he approaches the end of his Barcelona contract, though the Catalans will hope incoming summer signings – potentially including Sergio Aguero and Georginio Wijnaldum – can persuade the six-time Ballon d’Or winner to commit to the Camp Nou.

In an era of freakishly talented footballers headlined by the aforementioned Messi and Ronaldo, Robert Lewandowski’s goalscoring exploits over the past two seasons have catapulted him into the conversation of the world’s finest footballer.

The Bayern Munich star is undoubtedly the best out-and-out number nine in the game right now, having just amassed a record-breaking season with the Bavarians to finish as the Bundesliga’s leading scorer for the fourth consecutive campaign and sixth time overall.

Not only has the 32-year-old comfortably outscored the rest of the division, but he has also eclipsed Gerd Muller’s all-time record for most goals in a Bundesliga season after scoring 41 in just 29 league appearances.

It is a mind-boggling rate of productivity for a player at the peak of his powers and the favourite for the Ballon d’Or this year, having been cruelly denied the accolade amid its postponement in 2020.

Lewandowski scored five hat-tricks throughout the season as Bayern won a 30th title in the Bundesliga era, though controversially missed out on the league’s Player of the Season accolade to Borussia Dortmund starlet Erling Haaland.