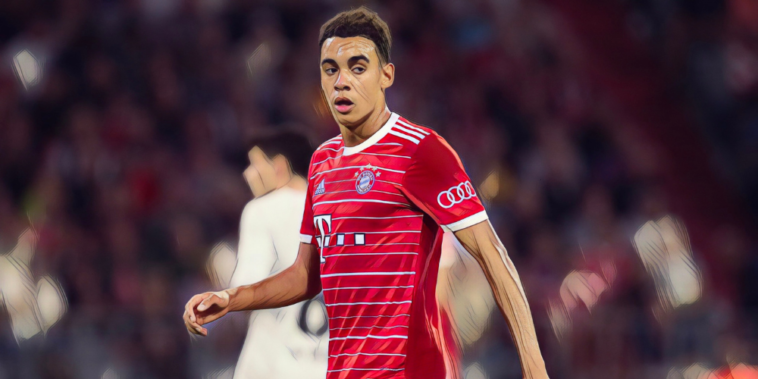 Liverpool are interested in a deal to sign Jamal Musiala from Bayern Munich but an imminent transfer is described as unlikely.

Musiala has emerged as one of Europe’s brightest talents at the Bundesliga champions and has become a key figure for both Bayern and Germany.

The 19-year-old has began the new season in excellent form with five goals and three assists from just six league starts for Julian Nagelsmann’s side.

Sky Sports Germany, as per Sport Witness, are reporting that Liverpool – alongside a number of leading clubs across Europe – are monitoring his progress and the Reds are interested in a deal for the teenager.

Jurgen Klopp’s side have a long-standing interest in Musiala and are keen to strengthen their midfield options next summer, with Borussia Dortmund’s Jude Bellingham also named as a potential target. However, Musiala has no desire to leave Bayern and the club are not interested in a sale at this time.

Musiala came through the academy system at Chelsea before joining Bayern in 2020. He previously represented England up to u21 level, before pledging his international allegiance to Germany – the country of his birth – and he has since won 17 senior caps for the national side. He has made 90 appearances for Bayern in all competitions, scoring 22 goals.