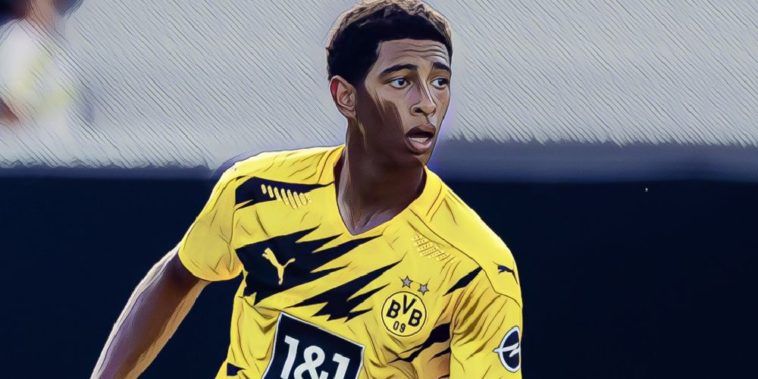 Liverpool have identified an alternative to the signing of Borussia Dortmund starlet Jude Bellingham, as they seek a replacement for former midfielder Gini Wijnaldum.

The Merseyside club are yet to fill the void left by the Dutchman’s departure to Paris Saint-Germain on a free transfer over the summer, with their only major arrival in the recent window having been that of RB Leipzig centre-back Ibrahima Konate.

While Jurgen Klopp’s side have more than coped in Wijnaldum’s absence – currently enjoying a joint club-record run of 25-game’s unbeaten in all competitions – there is seemingly a desire to further bolster the midfield ranks for next season.

One of the players who is believed to be on their radar is England international Bellingham, although the 18-year-old appears unlikely to move away from Dortmund any time soon, having thrived in Germany since his move from Birmingham City in July 2020.

With a move for the teenager seemingly out of the question, the club are eyeing up a replacement in the form of Real Sociedad midfielder Mikel Merino, according to Fichajes, as per Sport Witness.

The classy Spaniard has been integral to the La Liga side’s strong start to the season and is believed to tick a lot of boxes for Klopp’s style of play, owing to his ‘versatility’ and ‘dominant physique’.

The 25-year-old has previous Premier League experience having played under Rafa Benitez at Newcastle United during the 2017/18 season, before moving on to current side Sociedad after just a solitary campaign at St James’ Park.

Even during that brief stint in English football, Merino showcased his undoubted talent, while he’s also begun to make his mark at international level, having made ten senior caps for Spain since his debut back in September 2020.

While the report offers no indication of what would it cost to prize the former Dortmund man from Spain, the player does still have four years to run on his existing deal.