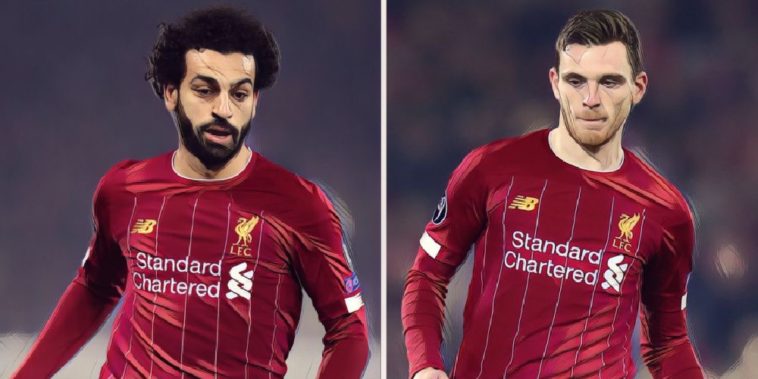 Liverpool have been dealt a double injury blow with Mohamed Salah and Andy Robertson set to miss this weekend’s trip to face Crystal Palace.

Both players withdrew from their respective national squads during the international break with ankle problems, though despite the additional rest, both players have seemingly failed to recover in time for Saturday’s trip to Selhurst Park.

The news will come as a major blow to Jurgen Klopp’s league leaders who will be looking to maintain their advantage at the top of the Premier League, with forward Divock Origi and auxiliary full-back James Milner the likely replacements for the first-choice duo.

Klopp’s injury problems were further increased by the news that Joel Matip is also unlikely the feature, the defender having not yet recovered from a knee injury that has seen him miss the club’s past six fixtures in all competitions.

There has been more positive news on Xherdan Shaqiri and Joe Gomez though, the former having returned to full training after missing two months with a calf injury while the latter is expected to recover from a knee problem which forced him to miss England‘s 4-0 win over Kosovo on Sunday.

Liverpool head to Crystal Palace this weekend possessing an eight-point advantage at the top following their unbeaten start to the new season.

Roy Hodgson’s side currently sit 12th in the division, following their defeat to Chelsea at Stamford Bridge last time out.