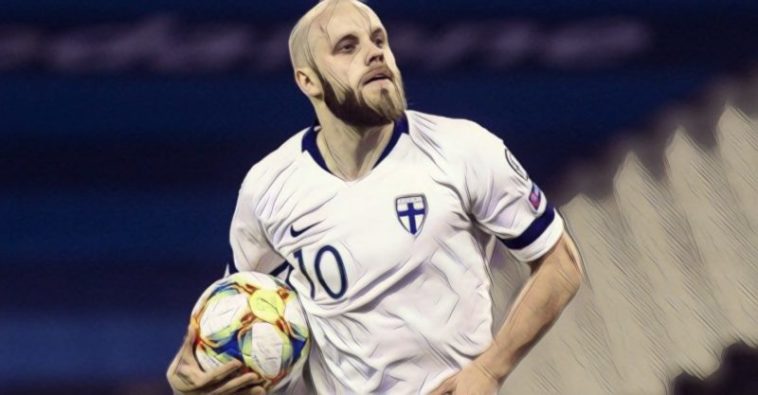 The final international break of the year will see the conclusion Euro 2020 qualifying group stages, with only the final formalities and a complicated play-off system yet to navigate to discover the full line up for next summer’s championships.

Elsewhere across the planet, qualification for the African Cup of Nations is now well underway, whilst a host of South American stars have travelled far and wide to link up with their national squads for international duty.

The Manchester United forward is arguably in the form of his life following a difficult start to the season, a prolific run in front of goal that extended into the international break with England.

It’s now nine goals in his past 10 appearances for club and country for the 22-year-old, whose confidence seems to be restored following his recent electric performances.

Rashford scored in both of England’s qualifying fixtures against Montenegro and Kosovo, and looks to have beaten off strong competition from Borussia Dortmund’s Jadon Sancho for a place in England’s first-choice forward line alongside Raheem Sterling and captain Harry Kane.

Finland are heading to a first major tournament in the country’s history after securing second place in Group J, with the goals of Norwich’s Teemu Pukki the key factor behind their long-awaited qualification.

Friday’s 3-0 win over Liechtenstein secured Finland’s place at a first ever championships, Pukki hitting a double in what has been prolific qualification campaign for the 29-year-old.

The victory sparked jubilant scenes and meant their final fixture against third-placed Greece was a dead-rubber, though Pukki scored once again in a 2-1 defeat to make it ten goals in ten qualification appearances, only Harry Kane, Cristiano Ronaldo and Israel’s Eran Zahavi have scored more.

For an Italian side that has been described as the worst the Azzurri have produced in recent memory, Roberto Mancini’s side have made light work of qualification after winning all ten of their fixtures in Group J.

Having failed to qualify for the 2018 World Cup, Italy will be back at a major tournament next summer and their qualification form suggests they could be dark horses to lift the trophy.

Key to their success has been Chelsea midfielder Jorginho, whose influential displays at the heart of the midfield have allowed some of Italy’s young and exciting forward players to flourish.

Jorginho featured in comfortable victories over Bosnia and Armenia during the recent break, scoring from the penalty spot and providing an assist for Nicolo Zaniolo in the 9-1 thrashing of the latter on Monday night.

The playmaker has been revived this season under Frank Lampard at Stamford Bridge, and will be key to his side’s hopes of success next summer.

Light at the end of the tunnel for the much-maligned Arsenal star who must have been delighted to remove himself from the unrest at the Emirates during the international break.

Having not featured since his public bust-up with the Arsenal support and subsequent removal as club captain, Xhaka would skipper Switzerland to back-to-back wins over the past week, securing their place at next summer’s tournament after topping Group D ahead of Denmark and the Republic of Ireland.

The 27-year-old would also get himself on the scoresheet in the 6-1 thrashing of Gibraltar on Monday night, a welcome boost following a difficult period for the midfielder.

Five famous footballers hated by their own fans

The highest scorer in Euro 2020 qualifying, England captain Kane scored four times during the international break, including a hat-trick as Gareth Southgate’s side sealed their qualification with a 7-0 thrashing of Montenegro at Wembley.

Kane’s treble against the hapless opponents saw him move to sixth in England’s all-time leading scorers, moving ahead of stellar names such as Frank Lampard, Tom Finney, Nat Lofthouse and Alan Shearer.

It’s now 32 goals in just 45 caps for the 26-year-old, who looks on course to eclipse Wayne Rooney’s record of 53 as England’s greatest ever goalscorer, whilst no player has ever scored more goals whilst wearing the armband.

The Tottenham forward will now hope to take his form back to club level, as his managerless Spurs side look to recover their poor start to the campaign.

The perfect night. Win and qualify. 1000th @england game. And a hattrick to top it off 👌🏴󠁧󠁢󠁥󠁮󠁧󠁿 #ThreeLions pic.twitter.com/6PHaTurgPO