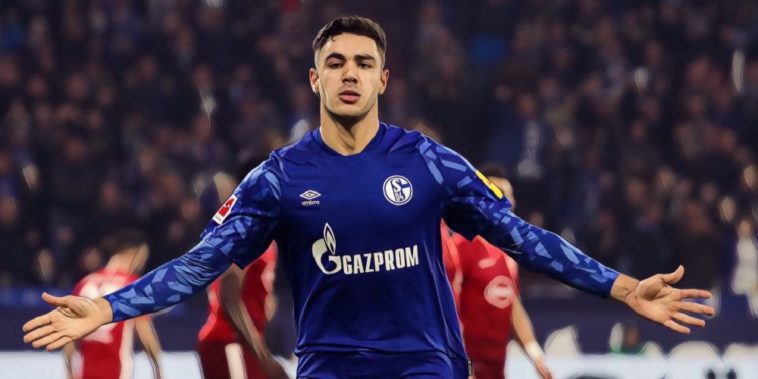 Liverpool are in talks with Schalke over a deal for Ozan Kabak as the Premier League champions desperately seek to strengthen their centre-back options ahead of the transfer window’s deadline this evening.

Jurgen Klopp has made the signing of defensive reinforcements a priority late in the window after seeing the club’s options ravaged by injuries, the Reds currently without a recognised senior centre-back after Joel Matip sustained an ankle injury in the win over Tottenham last week.

The Cameroonian joins Virgil van Dijk and Joe Gomez on the treatment table with both players long-term absentees with knee injuries, with Liverpool having utilised Jordan Henderson as a makeshift centre-back for Sunday’s 3-1 win at West Ham.

According to Sky Sports, Liverpool are now pushing for a deal to sign highly-rated youngster Kabak from Schalke, the two clubs discussing an initial loan deal with an option to buy for the Turkey international.

Liverpool will pay an initial loan fee of £2.5m for the 20-year-old who was a target for the club’s recruitment team last summer, though a deal remains complicated by Schalke’s need to sign a replacement before the 5pm deadline UK time.

However, the Bundesliga side have reportedly identified a replacement for Kabak and the Reds are now in a ‘race against time’ to secure the centre-back, who will undergo a medical in Germany ahead of a proposed move if a deal can be agreed.

Schalke signed the youngster from Stuttgart in a £13m deal in 2019 and whilst the defender has endured a difficult period this season he has attracted the attention of several leading clubs.

Liverpool are also close to completing a £1.6m deal for Preston North End centre-back Ben Davies, with the 25-year-old having undergone a medical on Merseyside ahead of a finalising a move from the Championship out.