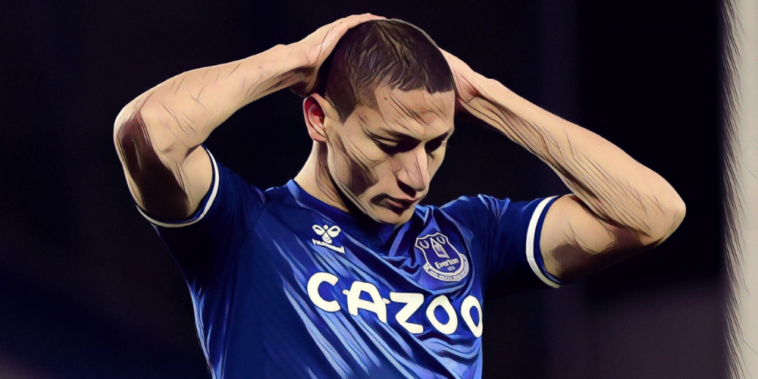 Carlo Ancelotti has demanded hard work and ‘sacrifice’ from Richarlison as the Everton forward attempts to come through a difficult run of form.

Richarlison has struggled for consistency so far this season and has managed just one goal in his past 12 league appearances, with the 23-year-old enduring another frustrating afternoon during the Toffees’ 2-0 home defeat to Newcastle this weekend.

The Brazil international has been a key figure for Everton since his arrival on Merseyside but has failed to find his best performances of late, and Ancelotti has demanded more from the underperforming star who he says must work harder to rediscover his finest form.

“He is not in a good moment because the statistics talk,” Ancelotti said at his pre-match press conference. “He has to be more focused. He has to sacrifice more.

Everton’s surprise defeat to Newcastle dented their hopes of securing European football this season, with Ancelotti’s side dropping to eighth in the Premier League ahead of Wednesday’s trip to face Leeds at Elland Road.

The Toffees are currently six points adrift of the Champions League places, though have two games in hand on fourth-placed Leicester.