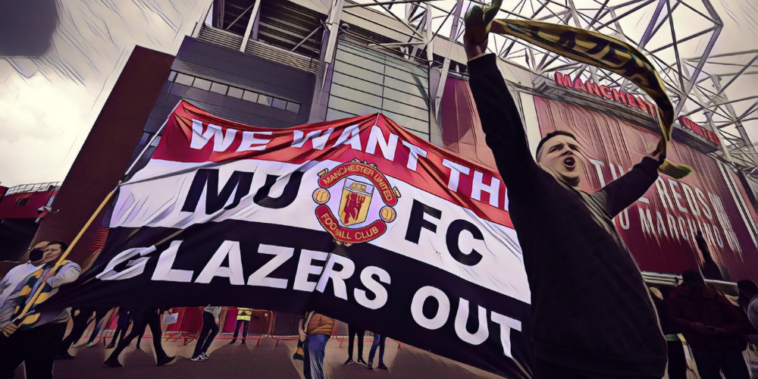 Liverpool and Manchester United supporters groups are set to come together to urge the government for better rules regarding the ownership of football clubs.

The Spirit of Shankly (SoS) and Manchester United Supporters’ Trust (MUST) are set to release a joint-statement in which the groups will push for the introduction of new rules regarding ownership.

The two clubs are keen for an introduction of stricter rules and examinations for potential owners and Sky News are reporting that the there will be calls for a ‘beefed-up’ owners and directors test before takeovers are approved.

English football’s two most successful clubs have put aside rivalries to unite for the cause, in a campaign which the fan groups hope will see the government implement change and prevent ‘important cultural or heritage assets’ from falling into ‘unfit or improper hands’.

Ownership regulations have been at the forefront of English football’s agenda since the fall-out from the European Super League proposals two years ago, in which the Premier League’s ‘Big Six’ – Manchester United, Manchester City, Liverpool, Chelsea, Arsenal and Tottenham – announced plans for a breakaway competition, before a hasty and embarrassing withdrawal after mass backlash.

Liverpool and Manchester United are both up for sale at present after announcements from their American owners in recent weeks. Fenway Sports Group (FSG), who own Liverpool, have invited offers, though at this stage a minority sale of shares to bring in investment looks more likely than a complete takeover.

United’s controversial owners, the Glazer family, have also announced an intention to part with the club after more than a decade of protests from fans.